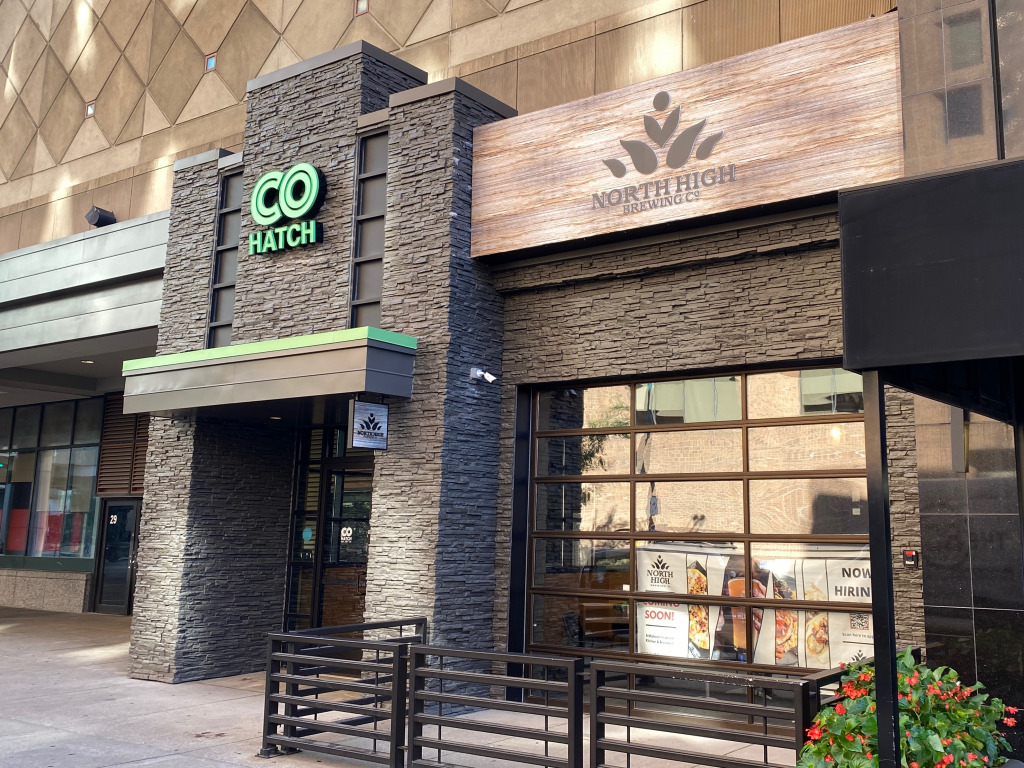 A COhatch coworking center opened earlier this summer in most of the 9,580 square feet previously occupied by Granite City. It’s not uncommon for North High and COhatch, two companies founded in Columbus, Ohio, to share a space.

North High’s first Indiana taproom opened with a COhatch location this spring in Zionsville, taking over a former church on Main Street that late artist Nancy Noel operated as a gallery and restaurant. Other COhatch/North High combinations do business in Cleveland and Springfield, Ohio.

At Circle Centre, the logos of COhatch and North High are displayed above the entrance to North High, next door to Ruth’s Chris Steak House along South Illinois Street. The taproom and co-working center are attached by a hallway near the back of North High’s bar. The main COhatch entrance is inside the mall.

COhatch began renovating the ground floor space at the mall in 2020, one year after Granite City closed amid financial difficulties.

“We haven’t had anything right down in the hub (of a city),” Rohdenburg said.

Including its Zionsville and Circle Centre sites, North High has nine locations (including two in Columbus, two in Cincinnati, two in Cleveland and one in Springfield, Ohio).

Rohdenburg said all of North High’s beer, including a popular blonde ale billed as Cover Crop, is brewed in Columbus.

Gavin Meyers, president and CEO of North High, visited Indianapolis on Sept. 6, when the taproom was approved for a beer, wine and liquor license by Marion County’s Alcoholic Beverage Board.

Noting that Indiana has no restrictions on the open carrying of alcoholic beverages in public spaces, Rohdenburg said North High will launch a novelty promotion of selling “beer helmets,” or plastic baseball helmets rigged with two beer cans and a straw, for $20.

Pizza leads the way on North High’s food menu, with options such as the Pacer, the 317, the Indy, the Crossroads and Porkopolis listed among 13 varieties. Salads and wraps also will be available.

Since COhatch expanded to central Indiana in 2020 with a location in Noblesville, the company has opened co-working spaces in Carmel, Zionsville, Broad Ripple and downtown Indianapolis. Up next for COhatch is a Martindale-Brightwood center at 1533 Lewis St., where the Polk Sanitary Milk Co. operated from 1910 to the 1950s.