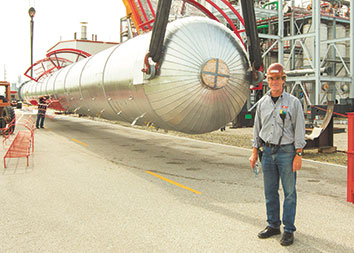 The president and co-owner of one of the Indianapolis area’s fastest-growing companies has died after contracting COVID-19.

Kennedy Tank & Manufacturing, founded in 1898, was the No. 15 company on IBJ’s most recent Fast 25 list, which ranks fast-growing private companies.

According to his obituary, Kennedy was a lifelong Indianapolis resident who graduated from Immaculate Heart of Mary Catholic School, Brebeuf Jesuit Preparatory School and the University of Notre Dame (1978).

Kennedy worked with his three sons—Bill, Jimmy, and Patrick—and his brother-in-law Paul Bolin and nephew Kevin Bolin in the business.

Kennedy was named the Indianapolis Notre Dame Club’s “Man of the Year” in 2017, an honor previously bestowed upon his father.

Initial services for Kennedy will be for family only. Memorial contributions can be made to Wheeler Mission.