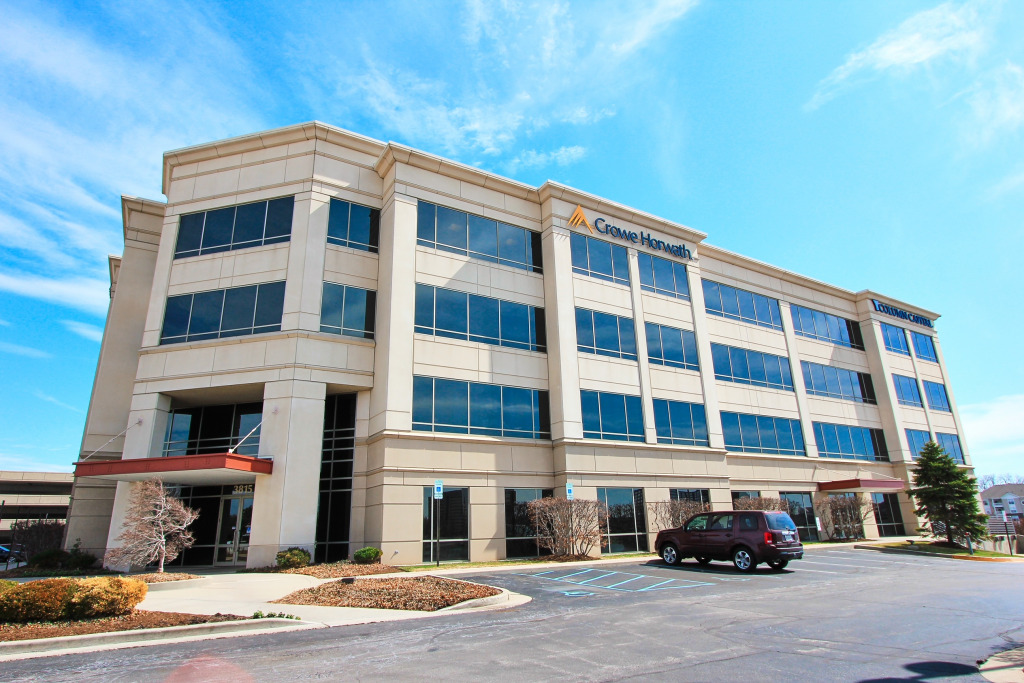 Two office buildings at Keystone at the Crossing have sold for a combined $34.2 million in one of the largest suburban office sales in the Indianapolis area since the start of the pandemic.

Portland, Oregon-based Felton Properties acquired One River Crossing and Two River Crossing on Tuesday. The buildings, at 3815 and 3925 River Crossing Parkway, contain a total of 205,729 square feet of Class A office space and are 99% occupied. They are visible from Interstate 465 and were built along a 25-acre manmade lake that feeds a geothermal HVAC system.

The properties were previously owned by Massachusetts-based Franklin Street Properties, which spent $41.6 million to acquire them in July 2005—a record at the time for an Indianapolis office deal.

Felton’s acquisition, which equals about $164 per square foot (compared to the nearly $200 per square foot that Franklin Street paid), marks the firm’s first venture into the Indianapolis market.

“We are delighted to have made our first purchase in the Indy market with such an attractive and well-located asset, stellar credit rent roll, stable profile, and with long-term upside” Matthew Felton, president and CEO of Felton Properties, said in written remarks. “We are excited about this opportunity and hope to continue growing in the Indianapolis region with other acquisitions.”

Felton told IBJ the deal included the four-story parking garage that connects the two office buildings. His firm plans to “dramatically enhance” the common areas of both buildings, upgrade elevators, and roof the HVAC systems and the garage. He did not disclose the amount of the planned investment.

Felton also said he wants to take more advantage of the lake and is exploring the possibility of adding more covered areas for outdoor meetings and lunches. Also under consideration are more food-service options and renovations to the racquetball court and fitness facility.

“The location and amenities are awesome, [but] the property needs some TLC,” he said. “We view this as an opportunity to improve an already beautiful business park and make it one of the premier options in the market.”

The buildings were co-developed by Indianapolis firms PK Partners and Gibraltar Construction Corp.

The sale is likely the largest of its kind during the pandemic, based on IBJ research.

The $192.5 million deal for Salesforce Tower in downtown Indianapolis last year far eclipses the River Crossing property sale—and every other deal during the pandemic. But for suburban space, the $32.4 million price tag is  far higher than other office deals, including the next closest: a $17.3 million sale of the Midtown III office building in Carmel last October.

Felton over the past four years has acquired about 500,000 square feet of office space in Milwaukee and another 750,000 in Minneapolis. The firm also owns suburban office space in other major markets like Portland, Oregon, Denver and Salt Lake City.

“We believe in the COVID era there will be winners and losers in the office sector,” he said. “Identifying states that support business and growth, such as Indiana, is key. Finding property in the [suburbs] where young people want to live and work is also critical.”

Jim Postweiler with the Chicago office of Newmark represented Franklin Street Investments in the deal, while Felton represented himself in the deal. CBRE’s John Vandenbark is the leasing agent for the property.