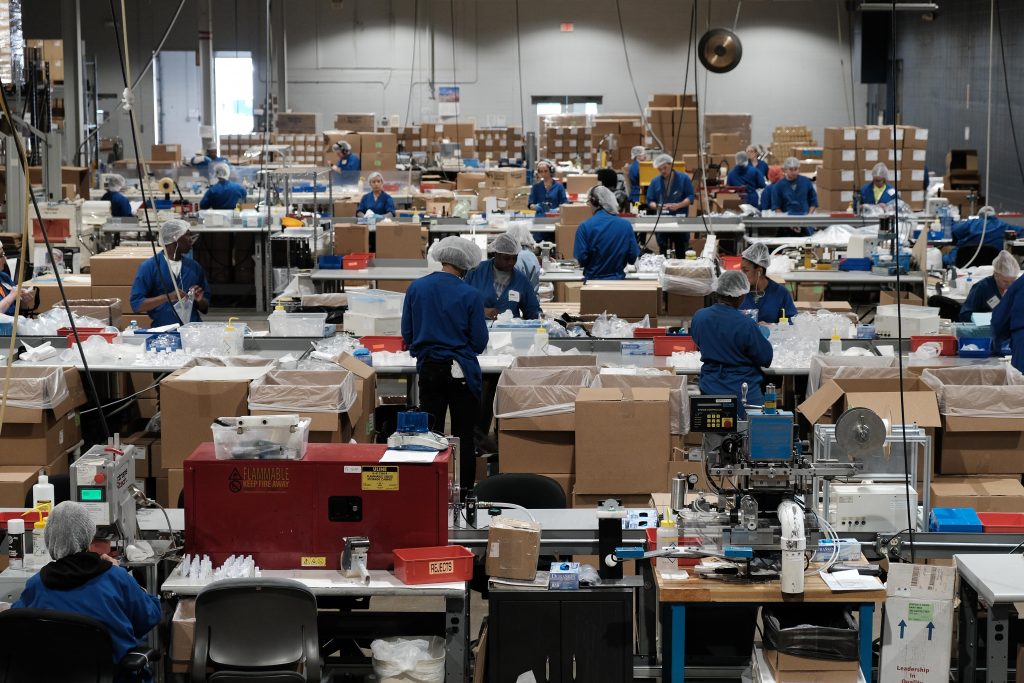 Pulmodyne Inc., an Indianapolis-based company that makes emergency airway kits, tracheostomy tubes and other respiratory management products, has been acquired by Intersurgical, a British maker of respiratory devices.

Terms of the deal were not disclosed. The two companies announced the acquisition Wednesday, and said the deal would allow each to blend their product portfolios with little overlap, and allow both companies to get a foothold in new markets.

“We compete on only a single product line,” Pulmodyne president Andy Shurig told IBJ in an email. “As a result, our portfolios are very synergistic. (Intersurgical has) wanted some U.S. manufacturing, as well, so it really is a perfect union.”

Pulmodyne, with offices and factory at 2055 Executive Drive, near the Indianapolis International Airport, said the deal would not result in any layoffs or cuts in operations. It has about 250 workers here.

The company, formerly known as Engineered Medical Systems, has been expanding in recent years to meet a skyrocketing number of orders from the COVID-19 pandemic. Customers for the respiratory products include the Mayo Clinic, Johns Hopkins Medical and Massachusetts General Hospital.

The company has added 30,000 square feet of space in the last 6 months, and said it will add an unspecified number of jobs in coming months.

“The acquisition will provide Intersurgical with an enhanced presence in the USA market and provide an opportunity for increased sales of the Pulmodyne ranges through the extensive global Intersurgical network,” Charles Bellm, managing director of Intersurgical, said in written remarks on the company’s website.

Pulmodyne, formerly owned by brothers Brad and Jeff Quinn, was formed in 1985. The family started its original business in 1931 as a car parts manufacturer, but switched over into medical devices after much of the automotive industry left Indiana.

The company had about 120 workers in Indianapolis as of mid-2020, and another 40 to 50 at other locations in Baltimore and Malaysia.