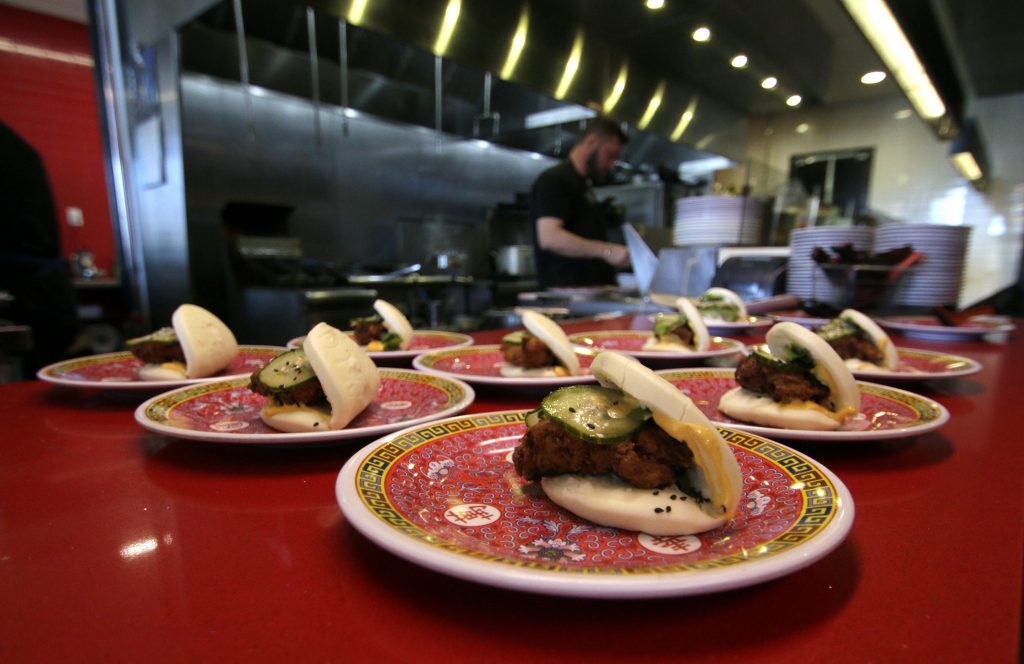 Restaurateur Ed Rudisel has closed Rook restaurant until further notice. He has also closed Black Market and is converting Siam Square to take-out and delivery only. (IBJ file photo)

Indiana Gov. Eric Holcomb on Monday morning announced tighter restrictions on everyday life in the state in hopes of stemming the spread of COVID-19, including the closure of bars, restaurants and nightclubs through the end of March.

In the meantime, food venues will be able to offer takeout and delivery service, according to a media release from the governor’s office late Monday morning.

Patrick Tamm, president and CEO of the Indiana Restaurant and Lodging Association, noted that 14% of Hoosiers employed in the restaurant and lodging industry face “a tough road ahead.”

“This will no doubt have a lasting negative impact on local business owners as well as the thousands of employees of these establishments in Indiana,” he said. “It is a very scary time for these folks, so we’re hoping the community is able to come together and participate in the several ways being discussed to help offset this impact on businesses while they are unable to operate at full capacity.”

Ed Rudisell, co-owner of Siam Square at 936 Virginia Ave., said he wasn’t surprised by the governor’s decision to limit service, but that it will still hurt business. He said the eatery was already in the process of shifting to carry-out and delivery service.

Rudisell also owns Black Market and Rook, two other downtown restaurants. He said both are closed until further notice. He said people aren’t practicing social distancing or quarantining themselves as recommended by state and federal health officials, which is exacerbating the problem.

“As much as this sucks, we’re all in the same boat—everybody,” he said. “Unfortunately, people aren’t heeding the warnings, so I think this is probably the next necessary step to make sure we don’t get worse.”

Siam Square already had been hurting with the decision by Eli Lilly and Co. a week ago to ask employees to work remotely. It cut about 50% from the restaurant’s lunchtime business almost immediately, Rudisell said.

The coronavirus situation has created “a lot of uncertainty” in the city’s restaurant community.

“In the short term, I don’t know” what happens, he said. “We’re all just—that’s it—there’s no answers. Bills still come, and we still have to pay those.”

He said Downtown Indy is in the process of compiling a list of restaurants that will offer carry-out and delivery options.

“We just want to be a resource to help our downtown restaurants that offer takeout and delivery,” he said. “Even in this social distancing environment, people still need to eat.”

But Schultz acknowledged it’s likely that some eateries could be permanently affected by a long-term shift from dining in.

“It’s already having an impact,” he said. “There’s no question that a situation like this is going to have an even greater impact in the weeks and months ahead.”

Tamm said that ordering takeout or delivery directly from restaurants, buying gift cards and tipping generously were among the ways patrons could help.

Officials in Ohio and Illinois already have ordered restaurants and bars to close in their states.

In Illinois, Gov. J.B. Pritzker has also ordered bars and restaurants shut—starting Monday night and lasting through March 30—although they also will be allowed to remain open for deliveries and pickup orders.

Pritzker’s action came in reaction to the crowds that filled restaurants and bars around the state on Saturday to celebrate St. Patrick’s Day.

“The time for persuasion and public appeals is over,” he said. “This is not a joke. No one is immune to this.”

Holcomb also said on Monday the state would adhere to the latest guidance from the Centers for Disease Control and Prevention to limit mass gatherings to no more than 50 people for the next eight weeks.

He also directed hospitals and other health care facilities to cancel elective and non-urgent surgical procedures immediately. IBJ reported on Sunday night that three major central Indiana hospital systems already were taking steps to do so.