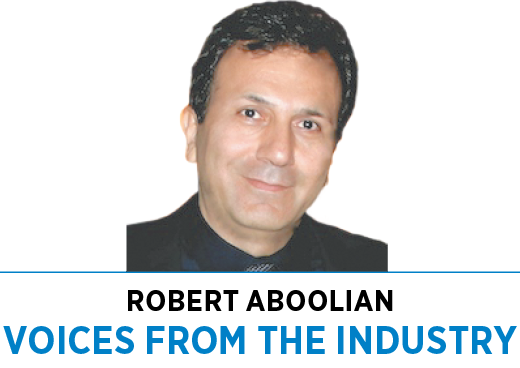 As the new coronavirus spreads around the world, and confirmed cases and deaths mount, economists are increasingly concerned about the impact on the U.S. economy.

In a recent report to Congress, the Federal Reserve warned that disruptions from the coronavirus could spill over into the global economy, creating new risks to the United States. And Wall Street lender Goldman Sachs estimates that the virus will cut as much as half a point off of U.S. economic output in the first quarter of 2020.

As an expert in supply chain management, I’ve studied how dependent U.S. companies have become on manufacturers of parts and products in China. But that is only one of many ways the outbreak could hurt the U.S. economy. Here, I list three—as well as something that could mitigate the impact.

◗ Sales to China. China is one of the largest markets for U.S. products, especially electronics and fashion.

For example, about 47% of Qualcomm’s annual revenue and 28% of Intel’s income comes from China, making it the most important region for both chipmakers. China is also the second-largest market for iPhone-maker Apple, and the outbreak has the potential to severely depress its sales. Apple extended the closure of its corporate offices and all its stores in China until at least Feb. 14.

Many cities and provinces have told businesses to stay closed, and residents throughout China have been staying off the streets. That has resulted in deserted shopping centers with closed stores, including those run by American fast-food companies and fashion retailers, such as Nike, Starbucks and McDonald’s, to name a few.

◗ Constrained and disrupted supply chains. The Chinese economy has effectively shut down, which is taking a toll on U.S. manufacturers through their supply chains.

Manufacturers that use components in their products that are mostly sourced from infected areas in China such as Wuhan, where more than 500 car parts manufacturers operate, have two options: Find alternative sources outside of China or shut down production.

Automakers including Tesla, Ford and Volkswagen have shut down plants in China. Hyundai has gone a step further and temporarily closed production lines in South Korea because of a shortage of parts, a hint of more trouble for other manufacturers.

U.S. companies such as Apple that have outsourced most of their manufacturing facilities to China have been affected by widespread closures. And even when components or products remain generally available, the disruption to established supply chains is limiting access for some companies.

◗ U.S. tourism will take a hit. Chinese tourism has in recent years become an important driver of U.S. GDP.

Then the trade war arrived, and that caused a large drop in Chinese visits. Now, the coronavirus is expected to deal another blow to the industry. Many airlines have canceled all flights in and out of China, and the Trump administration has imposed travel restrictions that bar any foreign national who has recently traveled to China from entering the United States.

The number of visitors coming to the United States from China could drop as much as 28% in 2020, which could translate into $5.8 billion in less spending this year and $10.3 billion less through 2024.

◗ Trade war’s silver lining. One consequence of the U.S.-China trade war is that many U.S. companies have moved all or most of their manufacturing facilities out of China to other countries in the region, such as Vietnam, Taiwan, Bangladesh and South Korea.

In a May 2019 survey, about 40% of American Chamber of Commerce member companies said they have moved manufacturing facilities outside China or were considering doing so.

This could mitigate some of the impact as a result of disruptions in mainland, but the outbreak is spreading to other countries in Asia—though not as fast as in China—so their new manufacturing facilities could still be affected.•

Aboolian is professor of operations management at California State University San Marcos. This article is republished from The Conversation. It was distributed by The Associated Press.