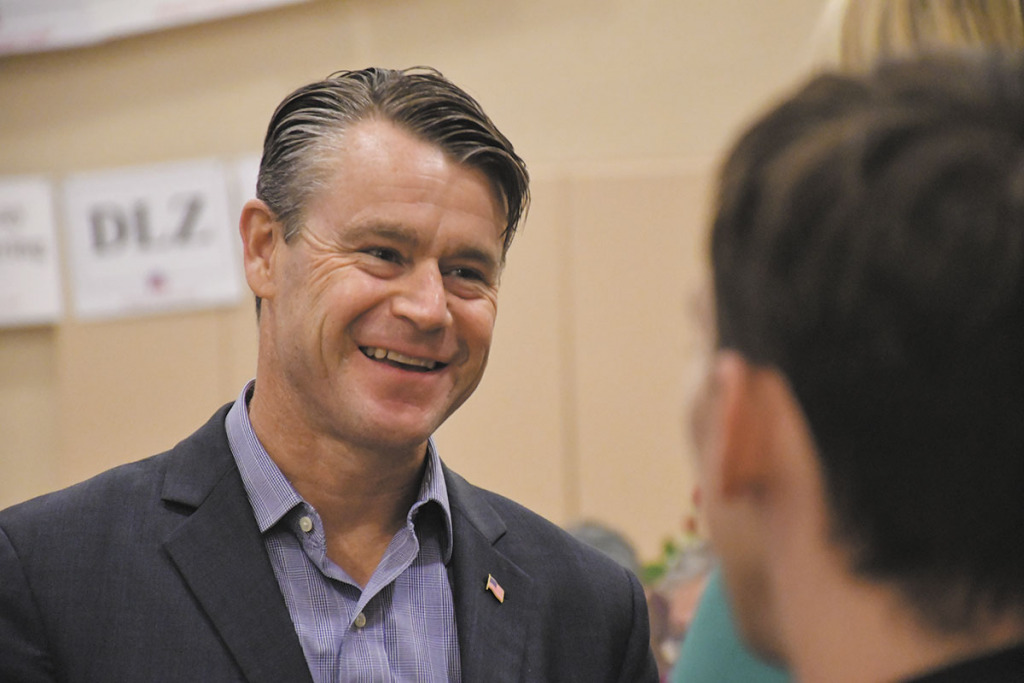 Young, a former congressman who was won his first Senate term in 2016, employed a front-runner strategy throughout his campaign by largely ignoring McDermott, the mayor of Hammond.

Young spoke to a crowd of supporters at the JW Marriott after the AP called his race. He began by acknowledging his father, who died earlier this year, and congratulated his opponents on running tireless campaigns.

“This Marine is ready to go back to Washington to fight back against the Biden-Harris agenda wherever necessary,” Young said in a written statement, “but I’m also ready to work across the aisle to conquer America’s challenges and defeat our enemies abroad.”

Young also thanked voters who supported him. “I’m going to work tirelessly over the next six years to ensure I live up to your high expectations,” Young said.

McDermott, in his concession speech, urged Hoosiers to get behind Young to “move America forward.”

“Obviously it didn’t work out the way I thought it was going to,” McDermott told supporters. “I wish [Todd Young] well in the next six years in the state of Indiana as a U.S. senator, and I mean it with all my heart: The better he does, the better our state does.”

Indiana Republican Party Chairman Kyle Hupfer called Young a “fighter for Hoosier families” and a “champion of Hoosier values” and said Indiana will continue to be well represented by him for six more years.

Young focused much of his campaign on economic issues, blaming President Joe Biden and the Democratic-controlled Congress for sparking higher inflation and gasoline prices. He also highlighted his push in the Senate for providing billions in federal money to encourage more semiconductor companies to build chip plants in the United States, saying it was needed in the face of an ambitious China.

Young avoided a Republican primary challenge this year despite not fully embracing Trump’s presidency—or getting an endorsement from Trump. Young voted to acquit Trump in his Senate impeachment trials but voted to uphold President Joe Biden’s election win. Young was seen in a video posted to social media telling Trump supporters before the Jan. 6 attack on the Capitol that he took an oath under God to uphold the Constitution and asked, “Do we still take that seriously in this country?”

Young’s campaign reported raising about $14.5 million in contributions through the end of September, according to Federal Election Commission filings, while McDermott’s campaign had collected $1.1 million.

4 thoughts on “Todd Young wins a second Senate term, according to projections”