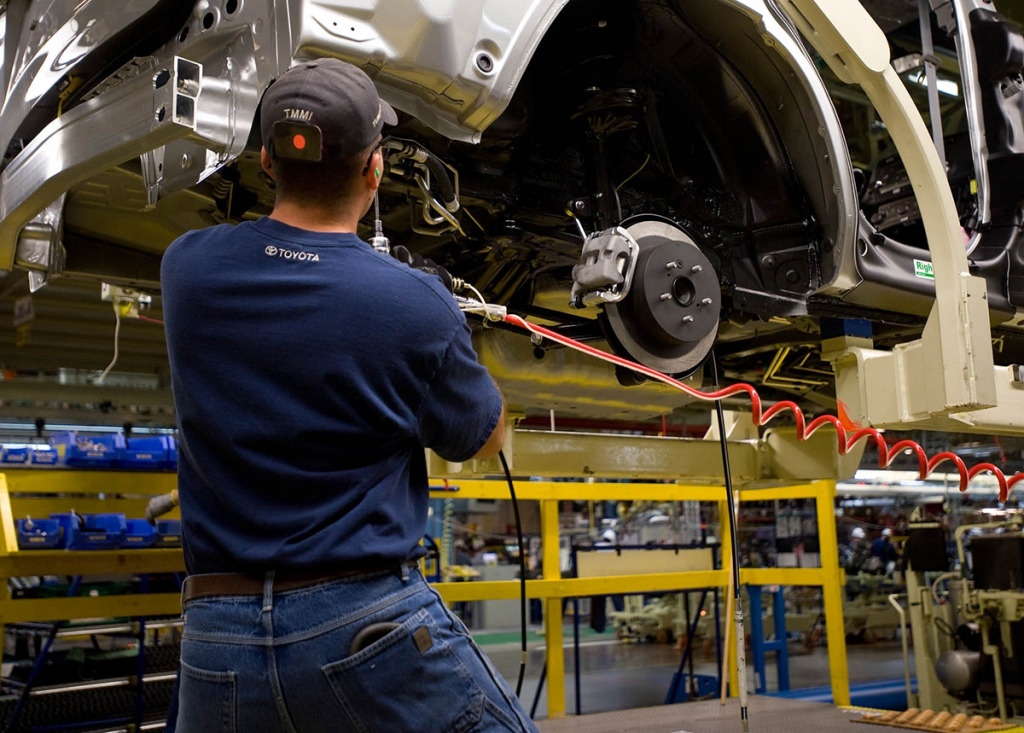 Toyota Motor Manufacturing Indiana is planning to invest $803 million and hire about 1,400 workers by the end of 2023 so it can add production of two electric SUVs to its plant in southwestern Indiana.

Production of the two three-row SUVs—one branded Toyota and the other in the Lexus line—is expected to begin mid- to late 2023 at the plant in Princeton.

The $803 million investment will be used to prepare the manufacturing line for the new vehicles, train employees, and help suppliers re-tool their facilities.

The automaker said both new vehicles—which it called “electrified” but would not say whether they will be pure electric or hybrid—will feature a “semi-automated driving system” that allows for hands-free driving in some situations. Drivers will also be able to park and un-park them from outside the vehicle using a smartphone.

The Princeton plant is one of 10 Toyota manufacturing facilities in the U.S. and assembles more than 420,000 vehicles per year, including the hybrid Siena minivan, the Highlander and Highlander Hybrid SUV, and the Sequoia SUV. TMMI currently employs more than 7,000 workers in southwest Indiana.

“This investment and new vehicle line-up will only allow us to continue our work with electrification, expand our portfolio to around 70 models globally by 2025, and meet the needs of our customers while allowing us to accelerate toward a net-zero carbon future,” said Ted Ogawa, CEO of Toyota Motor North America, in a media release.

The IEDC also plans to offer up to $6.75 million in conditional tax credits from the Hoosier Business Investment tax credit program, based on the carmaker’s planned $803 million investment. Again, the credits cannot be claimed until investments are made.

Since the first Tundra—the original TMMI vehicle—rolled off the production line in 1998, Toyota’s total investment in the Princeton site is $6.6 billion.

Correction: This story has been corrected to reflect that the Indiana Economic Development Corp. is seeking approval from its board of directors to offer Toyota up to $7.25 million in conditional tax credits based in its hiring plans. You can see all of our corrections here.

One thought on “Toyota hiring 1,400, investing $803M to expand production at Indiana plant”