Home » With new Chase bank rising in parking lot of former Marsh, 2 other branches to close 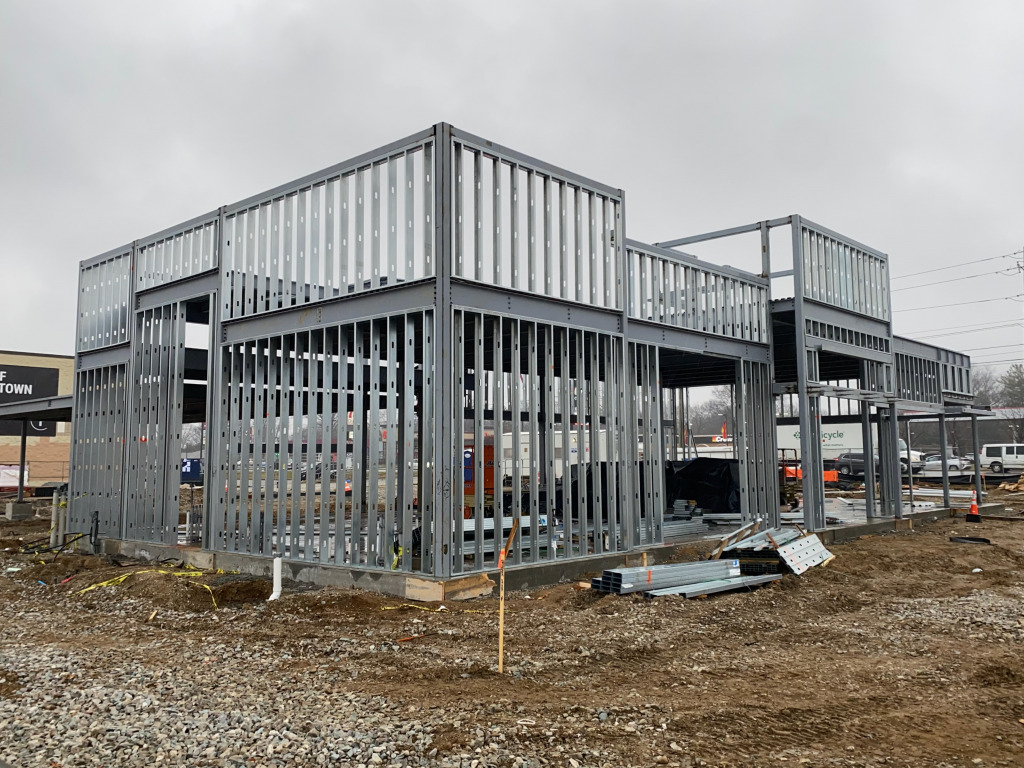 A J.P. Morgan Chase & Co. bank branch is under construction at the intersection of 62nd Street and North Keystone Avenue. (IBJ photo/Dave Lindquist)

A J.P. Morgan Chase & Co. bank branch is expected to open May 1 at the intersection of 62nd Street and North Keystone Avenue, in the parking lot of a Marsh Supermarkets store that closed in 2017.

The building, presently under construction, is described by Chase as the consolidation of two nearby branches that will close in 2023.

The bank’s Broad Ripple branch, 706 Broad Ripple Ave., is scheduled to close on Feb. 9. A branch at the intersection of 62nd Street and Allisonville Road is expected to close in the spring, according to Chase spokeswoman Stephanie Gostomski.

The new branch will include “self-service transaction areas including a digital access bar, smart ATMs and free WiFi,” Gostomski wrote in an email to the IBJ.

The former Marsh and parking lots north and south of the 57,000-square-foot store building were sold to Traders Point Christian Church for $7.6 million in December 2019.

Whitestown-based Traders Point Christian Church announced plans to transform the grocery store into an 800-seat auditorium plus spaces dedicated to children and teens. Those renovations are pending, and attempts to contact church representatives were unsuccessful.

New York-based Chase is the largest bank doing business in the Indianapolis area, according to Federal Deposit Insurance Corp. data.

Chase has about 1,450 employees and 65 locations in the Indianapolis area, according to IBJ research.