The $6 million attraction sits on the northwest corner of State Road 19 and State Road 32, just west of the White River and downtown Noblesville. It includes an amphitheater, market plaza, playground and event space.

The grand opening for Federal Hill had been scheduled for Saturday, but the city postponed the event because of the threat of thunderstorms and severe weather. The official opening will be May 13 and will include a concert, childrens activities, fireworks, a photo booth, and food and beverage options. 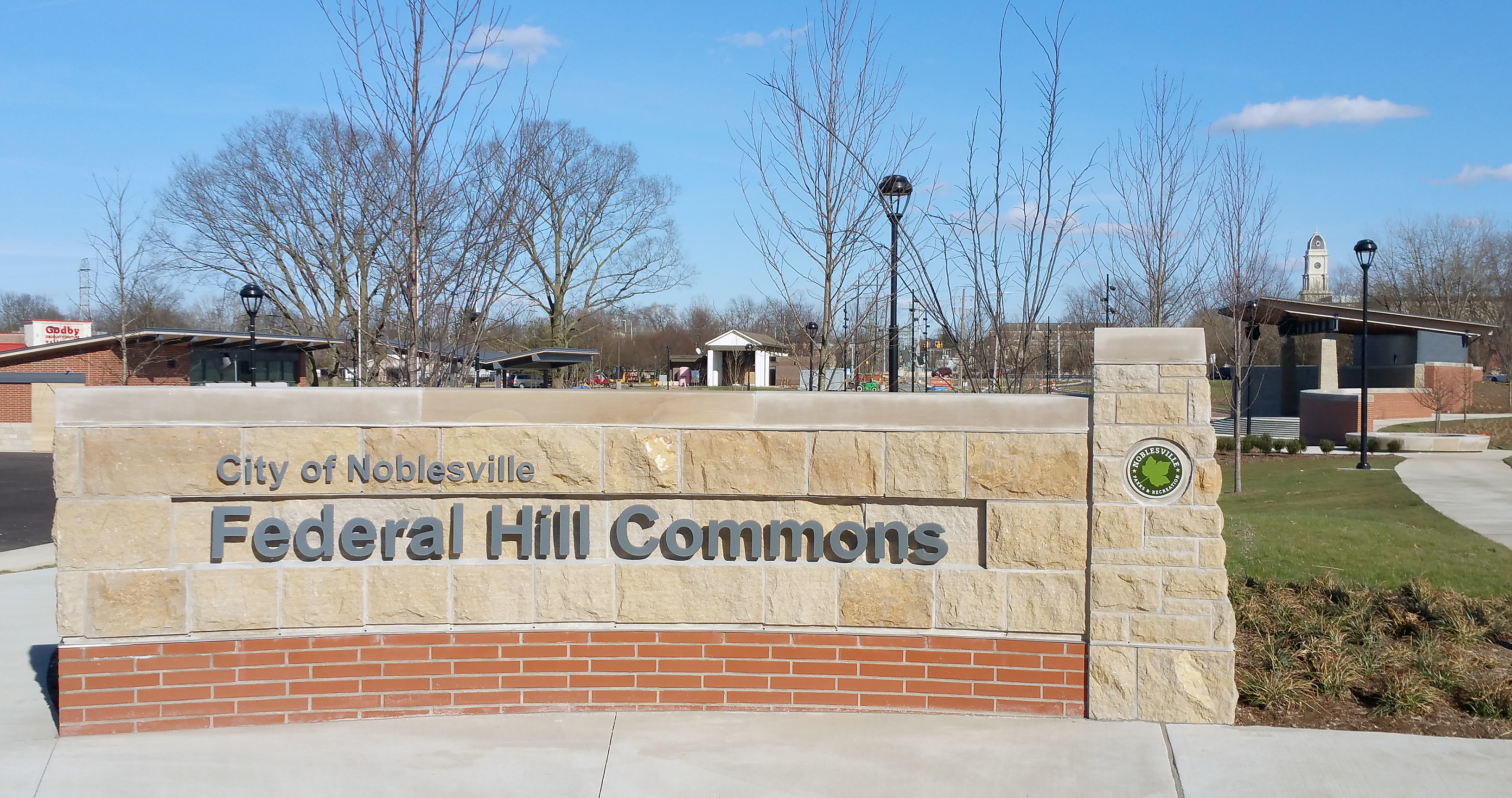 The city started working on plans for the 6.5-acre park in 2013, although at that time it was a much more ambitious—and costly—project. Initial drawings included a splash pad that could double as an ice skating rink, more shelters and a building to serve the plaza, on top of the other features, and the cost could have been $10 million.

By 2014, Noblesville leaders had scaled back the cost and scope, and the Noblesville City Council approved the funding in November 2014. 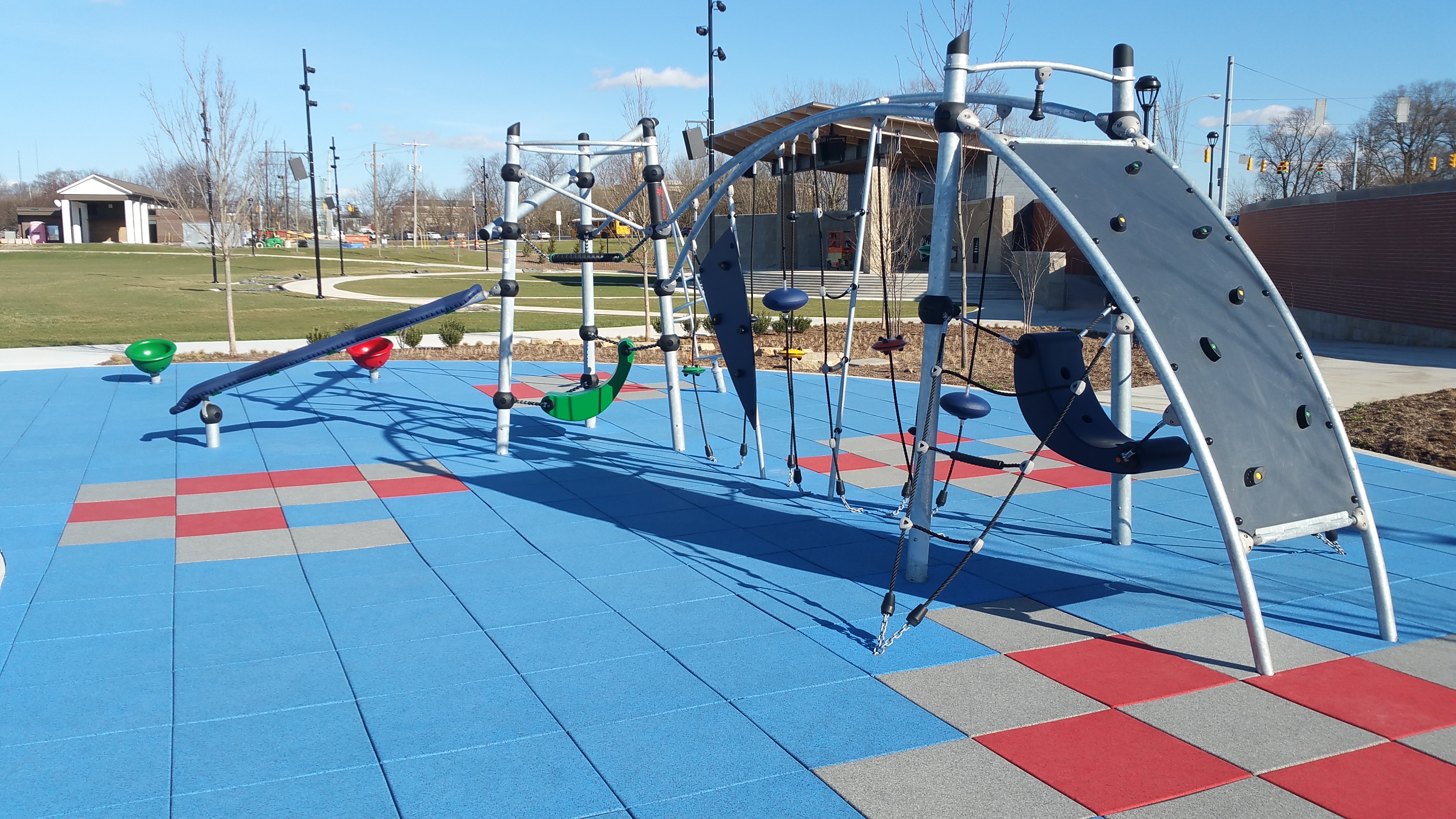 City leaders are hopeful the park will spur economic development in the area west of the White River and downtown. Mayor John Ditslear has described the area as “the gateway to downtown.”

BlueSky Technology Partners Inc. saw the potential early on and is constructing a $6 million, 40,000-square-foot headquarters that will have space for a restaurant just west of the park.

Riverview Health also is investing $36 million to expand and renovate its campus that’s to the southwest of Federal Hill.

Noblesville has already booked a handful of events for the park, including a Cinco de Mayo celebration May 5, foam party in June, BBQ cook-off in August, movies in the park in September and chili cook-off in October.

The Noblesville Farmers Market, which had been located at the overflow parking lot owned by Riverview Health across the street, will move to the park and run Saturdays through October.

The Noblesville Cultural Arts Commission will host a concert series on Sunday evenings in July and August, and will bring its long-running Shakespeare in the Park series to the park. A Tribute Concert Series will also add four shows, mostly on Saturday evenings.

“We are constantly adding events, and we believe we have a great list of events for the first year,” Noblesville Parks Director Brandon Bennett said in a written statement. “Our plan is to ‘walk before we run’ but we hope to gain some real momentum with this park in 2017.”

The city hopes to bring in some revenue for the events through sponsorships. Last year, Muncie-based First Merchants Bank inked a five-year deal with the city to secure the naming rights to the stage and amphitheater as part of a land deal worth $375,000.

Noblesville is offering sponsorships for the grand opening, tribute concert series and special events. The deals range from $500 to $15,000, depending on the level of sponsorship.