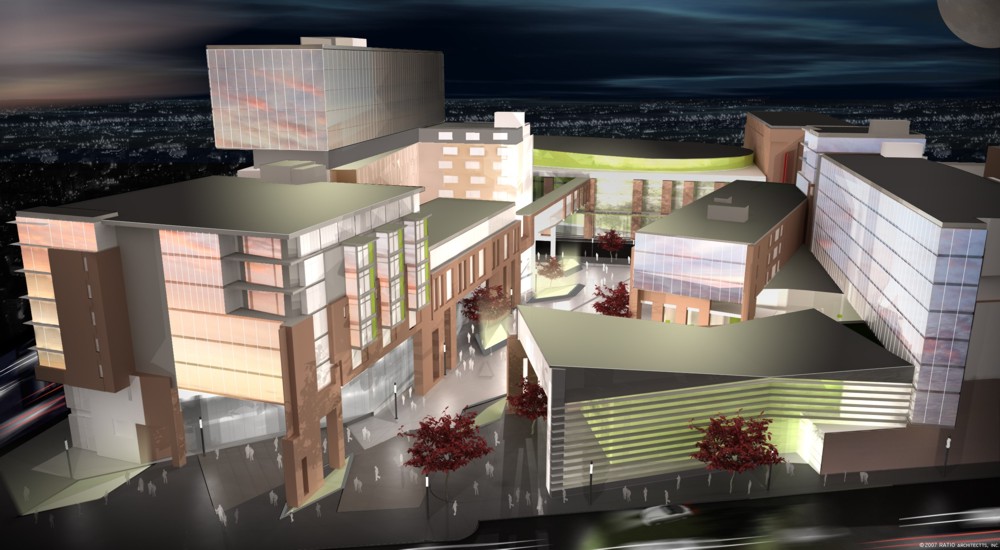 A development team is finalizing plans for a $480 million mixed-use project that calls for condos, as many as three hotels, a theater and 175,000 square feet of retail space just south of downtown. The project, Legends Districtâ€”SODO, could be one of the largest private developments in the cityâ€™s history. It would sprawl over 11 acres that are now home to several parking lots, Subway and Arbyâ€™s restaurants and the former Chateau Thomas Winery. This Ratio Architects rendering is a view from Lilly’s Faris Campus. (Click image for a larger version.) The developer’s vision is for an independent downtown destination that would honor Indianaâ€™s legends in sports, arts, entertainment and politics. Renderings show a series of giant outdoor television screens and ribbon-screens ala Times Square that would loop clips of Hoosier legends such as Larry Bird, David Letterman, John Mellencamp and the Andretti family. The full story is here. What do you think?