The Salvation Army is rethinking a request to demolish an historic home it owns next to its headquarters at Michigan and Alabama streets. The not-for-profit group is expected to request a continuance of a Feb. 26 public hearing on the demolition. The structure, which was built before 1898 as a single-family home, has been controlled by the Salvation Army since 1947. It was used as apartments until about five years ago. While the exterior is in good condition, the interior needs work. Planning administrators and a Historic Landmarks representative toured the building but have not yet offered a recommendation, said senior planner Jeff York. “We’d certainly like to see it reused if possible,” he said. The Salvation Army initially had planned to use the space for parking. 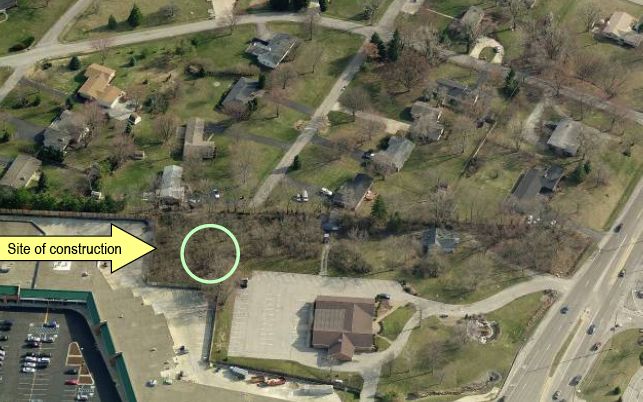 On today’s planning agenda: The MDC could decide whether to allow a crematorium to be built near the corner of Allisonville Road and 82nd Street. The commission was supposed to decide Feb. 4 whether the Harry W. Moore Funeral Care center could construct a one-story, 1,600-square-foot crematory on the site (shown at right). But David L. Ring, who owns the funeral home, asked that the decision be delayed until Feb. 18 to give neighbors a chance to review project changes. You can read more from IBJ’s Chip Cutter here and here.