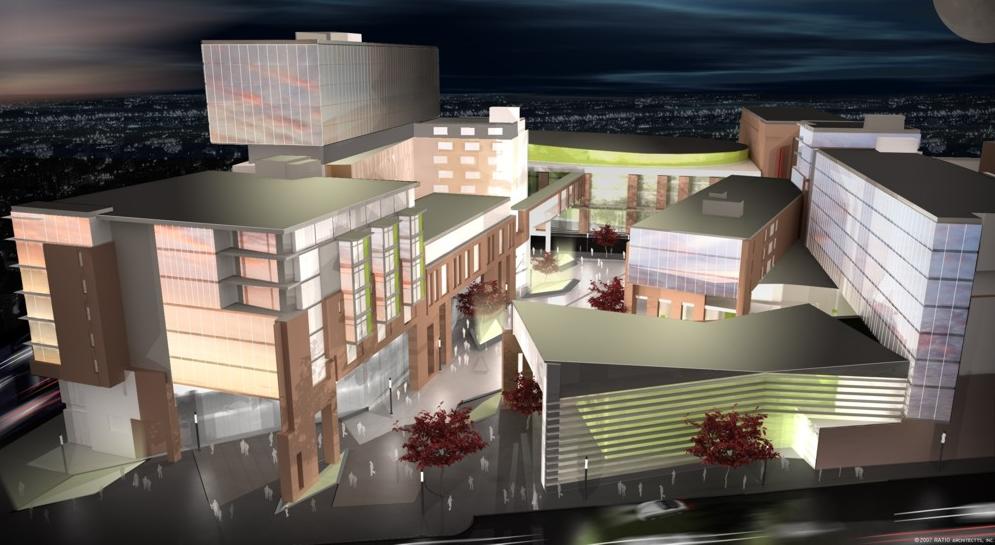 The owners of a 1.3-acre parking lot southeast of Meridian and South streets have put the property up for sale, apparently putting an end to the dream of Legends District SoDo. Most real estate observers already had written off what would have been the largest private development in the city’s history, but the potential sale of the deal’s most important parcel seems to make it official. The $480-million SoDo plan called for condos, as many as three hotels, a theater and 175,000 square feet of retail space just south of downtown. The project was to cover 11 acres that are now home to parking lots, Subway and Arbyâ€™s restaurants and the former Chateau Thomas Winery. The lead developer, Ryan Zickler, confirmed the offering but said he didn’t have time to discuss the SoDo project this morning. His partners on the project included Tim Shrout, the developer of Heartland Crossing. A post from November 2007 is here.