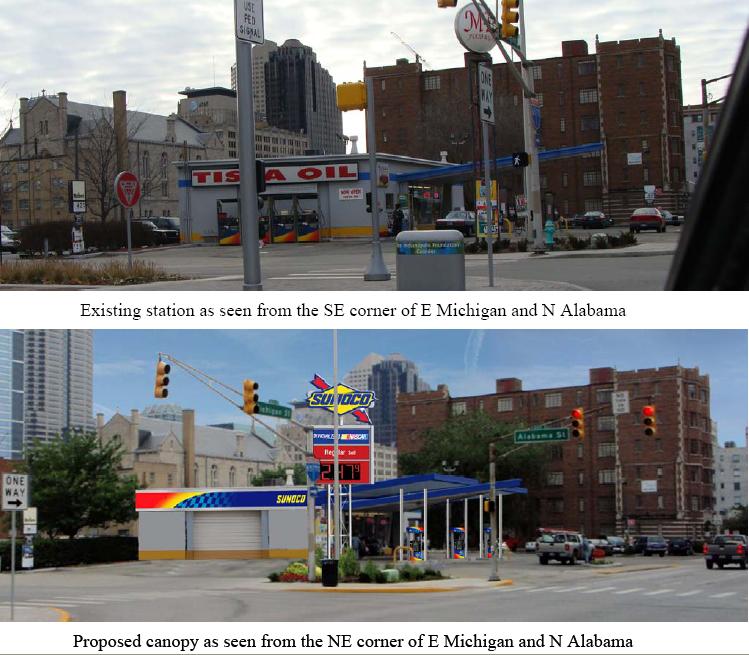 A compromise between an historic preservation group and a local business owner will save an iconic “bat-wing” canopy outside a downtown gas station. The owners of the Tista Oil station at the southwest corner of Michigan and Alabama streets, built in 1965, plan to install modern pumps that take credit cards and rebrand the station as a Sunoco. Owner Ali Mohamed also had planned to remove the existing canopy and replace it with a flat canopy that would cover all three gas pumps. The building is not considered historically “contributing” under the Chatham-Arch Massachusetts Avenue Plan, but the Indianapolis Historic Preservation Commission figured the mid-century modernist feature was worth saving. They suggested alternative solutions and the owner settled on one that adds two new, self-supporting canopies on either side of the existing canopy.