Asset levels at many community foundations exceeded their peaks of 2007 last year, according to a new report from the Council on Foundations in Washington, D.C.

In a survey of 290 community foundations, 63 percent had assets above their 2007 level, the council found.

Central Indiana Community Foundation, the largest of its kind in Indiana and one of the largest in the country, has yet to reach its pre-recession asset level of $668.8 million. 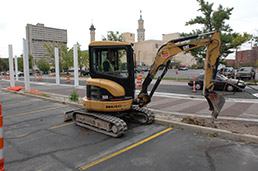 The foundations in the survey ended their fiscal years at different points, and those ending in December reported slower growth rates. Still, the portion of foundations reaching above the 2007 high-water mark was higher than in 2010, when only 52 percent did so, the council on foundations said.