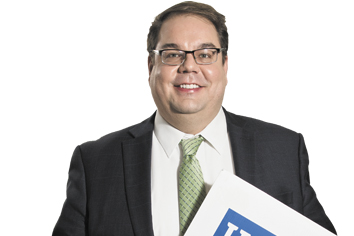 Finding the Way: As a United Way of Central Indiana lobbyist, Andrew Cullen led the team advocating for passage of House Enrolled Act 1036 addressing child care for 20,000 low-income kids. He worked to establish the state’s first pre-K pilot program while also serving on the board of the Children’s Coalition of Indiana and the Indiana Bar Foundation’s Civics Advisory Board. Cullen boils the United Way policy down to “improving the lives of Hoosiers and leading them out of poverty.”

Political influence: Initially wanting to be a journalist, Cullen was part of an ambitious group that started its own newspaper at the University of Evansville. After covering his college student government association, though, he became frustrated with the decisions being made by the student elected leaders. “I’m not sure you have it in you to be an objective journalist. You care too much about these issues,” an adviser told him. So Cullen added political science to his studies. “I’m really not interested in politics,” he said. “I’m interested in policy. There’s a huge difference. Politics is an unfortunate necessity in order to get to a place where you can make good policy.”

Paycheck surprise: An internship with Speaker of the House John Gregg evolved into a paying job. “He announced to me in the second week that I was no longer an intern,” Cullen recalled, “I was a full-time legislative assistant.” Cullen finished his college work in the evening, continuing on to the Indiana University Robert H. McKinney School of Law.

Politics as unusual: A self-proclaimed “bad law student,” Cullen survived, transitioning to the Indiana Department of Natural Resources, then to regional director for U.S. Sen. Evan Bayh. He was a full-time staffer for the Hillary Clinton for President Committee (“The longest days I ever had—18- to 20-hour days, then I’d fall into bed with my clothes on … and then the alarm would go off”) and a legislative liaison for the Indiana Public Defender Council before joining United Way.

Is Hillary next? “No question, I would vote for Hillary,” Cullen said. “And no question, I would have voted for Mitch Daniels if he ran in 2012. So that’s weird, right? I’ve never voted straight-ticket in my life. If we start from the principle that those we elect should be capable of doing the job, we’d have better politicians.”•