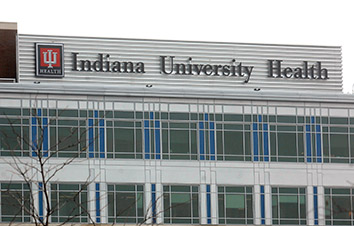 Nurses at Indiana University Health’s downtown hospitals are moving quickly to form a union in a bid they say is designed to improve their own working conditions and pay and to improve care for patients.

If successful, the union would be one of the first at an Indiana hospital and could spark nurses at other hospitals to follow suit.

The IU Health nurses are working with the United Steelworkers to organize. The nurses started distributing petition cards this month for nurses to sign and expect to hold a vote in the second half of April or in May.

“There’s a lot of changes that are being made that the nurses don’t necessarily agree with,” said Heather Bragg, a cardiac critical care nurse at IU Health’s Methodist Hospital. “That’s why we want one voice, so that we can be at the table with the people that make decisions, and we can sit right there with them.”

IU Health officials, however, said the hospital system already has an extensive network of councils that allow nurses to bring up any issue of concern. They characterized the union as unnecessary.

“I guess I’m a little surprised and maybe a little saddened by it,” said Linda Chase, the chief nursing officer at IU Health’s Methodist Hospital, where most of the union organizing has occurred so far.

She said nurses at IU Health have more autonomy to raise issues than the unionized nurses she worked with in her previous jobs, at the University of Iowa and Ohio State University hospitals.

“I feel like the professional practice council runs deep here,” she said. “If something needs to be looked at, and we have a challenge, they speak up and say so.”

But it’s not enough in the eyes of the nurses working to form a union. Those nurses say IU Health’s layoffs in 2013 and changes made since have pushed the nurse-to-patient ratio to levels that are bad for patients. They also cited an attendance policy implemented late last year that hindered them from receiving a raise if they had three unscheduled sick days within a 12-month period. Six unscheduled sick days could lead to their firing.

“That decision was made, we feel like, without consulting us,” said Lacie Little, a registered nurse who floats between the intensive care and progressive care units at Methodist and University hospitals. “We want this to be a joint effort of the nurses and the management.”

Bragg and Little are both part of the 70-nurse organizing committee trying to form the union. That committee, which started taking shape in January, is trying to get at least two-thirds of the nurses at each of IU Health’s three downtown hospitals to sign petitions.

According to IU Health, there are about 1,500 nurses at Methodist, about 1,000 at IU Health’s Riley Hospital for Children, and about 730 at IU Health’s University Hospital. Those three hospitals are all within two miles of one another downtown.

If the union reaches the two-thirds level at any one of the hospitals, it will ask the National Labor Relations Board to hold an election at that hospital. Organizers hope to hold elections at the other downtown hospitals and, ideally, to spread the union to all hospitals in Indiana.

The union needs only a bare majority of nurses to vote yes during the election. But Ted Sautter, a Steelworkers organizer from Gary that is helping the IU Health nurses, said it usually takes two-thirds of nurses to sign a petition to actually get a majority of yes votes.

“We’ve been very pleased and very encouraged by the signatures that are coming in,” Sautter said. The Steelworkers have helped organize unions at about 40 hospitals, as well as at long-term-care facilities and medical manufacturing plants, such as Warsaw-based DePuy Synthes.

Gingy Harshey-Meade, CEO of the Indiana State Nurses Association, said she knows of no other nurse unions at hospitals in Indiana. Nationwide, only one of every five registered nurses is covered by a union contract, according to U.S. Census data, and the percentage is even lower for licensed practical nurses.

“Unionization was looked at as a blue-collar tool. And nurses view themselves as professionals, which they are,” said Harshey-Meade, who is herself a registered nurse. But nurses may be more open to unions now, Harshey-Meade said, because of recent tumult within hospitals.

The Affordable Care Act, a series of reimbursement cuts from Congress, the recession, and the rise of high-deductible health plans have all worked to pinch hospitals’ finances. And Obamacare’s promised surge of new patients has come slower than expected, since Indiana waited more than a year to accept Obamacare’s extra Medicaid funding to expand health coverage for low-income residents.

The IU Health nurses have certainly noticed major differences in their work environments.

“A year or two ago, you would discharge a patient, and you might have an hour or two before another one,” said Bragg, the IU Health nurse leading the unionization effort. “But now, there’s always someone waiting. This is nothing that IU Health is doing. This is just where health care is going. But right now, we need more staff.”

Chase, the chief nursing officer at Methodist, acknowledged a problem with staffing levels but said it’s already being fixed. She noted that a decline in patient volumes in the second half of 2013 and early 2014 forced IU Health to reduce staffing levels—the hospital system laid off 726 workers at its downtown hospitals in October 2013.

Then, when patient levels bounced back in the middle of 2014, it created a crunch.

“2014 was an unusual and very challenging year,” Chase said. But in the past 6 months, she added, IU Health hired 452 additional nurses for its downtown hospitals.

IU Health is also reviewing the attendance policy that so angered nurses. And on April 5, it will implement a $2-an-hour raise for nurses who have at least two years’ experience.

Bragg claimed those changes as union victories. But Chase said the union had nothing to do with it. All new policies are reviewed in their early months, she said, and the wage raise had been planned for months, to bring IU Health’s pay more in line with the rest of the market.

As word of the union-organizing effort at IU Health has spread, the United Steelworkers said, it has received several inquiries from other Indianapolis-area hospitals.

Harshey-Meade, the head of the nurses association, said if IU Health’s downtown hospitals do organize, it could lead to unionization at other hospitals. But there are still big challenges to that happening.

“It levels the playing floor with the nurses and the management,” Harshey-Meade said of unions. But even after a nurse union forms, it typically takes about 18 months of negotiations before the first contract is signed. She added, “Unionizing is hard, hard work for the nurses themselves.” •