Home » HHGregg’s top shareholder may be poised to sell chain 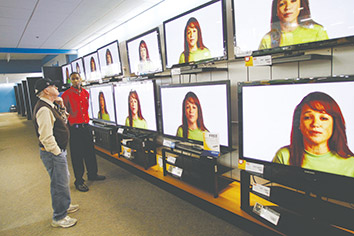 But close observers of the Indianapolis chain, which runs 227 stores in 20 states, see a potential ray of sunshine beyond the storm. They theorize that the Los Angeles-based private equity firm Freeman Spogli & Co., which began backing the chain way back in 2005, is preparing to pull the trigger on a sale, likely at a meaningful premium to where the stock trades.

Such a sale would be unlikely to provide salvation to long-term investors. HHGregg went public at $13 a share in 2007. The stock later went on a tear, rising to $30 in 2010 before price deflation in consumer electronics and other challenges magnified by its rapid growth sent performance into a tailspin.

To be sure, the decade Freeman Spogli has been invested in HHGregg is bordering on an eternity by the standards of private equity firms, which typically pull the trigger on exit strategies in about five years. In fact, HHGregg appears to be one of the few non-liquidated investments left in the FS Equity Partners V fund, which launched in 2004 after raising $1 billion.

Freeman Spogli gets to call the shots at HHGregg because it owns 49 percent of the shares, and Dennis May, the HHGregg CEO it has stuck with through thick and thin, owns nearly 6 percent. The investment firm hasn’t stated its intentions, and John Roth, Freeman Spogli’s president and an HHGregg board member since 2005, didn’t return an IBJ call.

But Brad Leonard, whose Zionsville-based hedge fund amassed a 5.5 percent stake in HHGregg last spring, said Freeman Spogli made two changes at HHGregg over the past year that suggest it is paving the way for a sale.

The first, OK’d by shareholders in August, changed HHGregg’s incorporation from Delaware to Indiana, a state known for giving board members broad discretion and limiting the rights of minority shareholders to challenge merger terms. The change could spare the chain from enduring the wave of litigation that typically follows merger announcements.

The second, disclosed to the Securities and Exchange Commission in December, increased to two years of base pay the amount of severance that would be due to executives following a sale.

In SEC filings, HHGregg had explanations for both moves. Among the reasons for the first was a desire to save about $180,000 a year in taxes, one element of a broad cost-cutting plan the company says will save more than $50 million annually.

HHGregg said a board committee recommended the second change after an annual review of compensation “to create consistency” from one executive to another.

But Leonard isn’t convinced a company with $2 billion in annual revenue would go through the hassle of changing its incorporation for $180,000 a year.

And he finds it curious that HHGregg, out of the blue, decided now was the time to align executives’ severance terms.

“That may be a telltale sign something is in the works,” Leonard said of the severance changes. “To me, it all points to that they are preparing for a transaction. Then the question becomes, who wants it and at what price?”

Certainly, HHGregg would be easier to sell if it were performing better. Analysts expect sales-per-store in the fiscal year ending in March to average $8.8 million, including online sales, down from $11.7 million the year before the company went public.

But there are reasons for hope. For starters, HHGregg carries no debt, and belt-tightening is expected to allow HHGregg to report so-called EBITDA—earnings before interest, taxes, depreciation and amortization—in positive territory this fiscal year. With just modest performance improvement, profits would begin piling up.

Leonard said that while private equity firms might be interested, the best outcome might be to sell to another retailer, which could justify a higher price through greater scale and cost savings in management and advertising.

He said the best prospect might be Texas-based Conn’s Inc.—a similar chain that, like HHGregg, has been de-emphasizing thin-margin, hand-held consumer electronics in favor of appliances, furniture and bedding.

While Conn’s also has had performance issues—most notably with high defaults on credit it extends to customers—its 100 stores in 12 states generate nearly $12.2 million each in average sales, not including finance charges. Perhaps best of all, the two companies have almost no market overlap.

“All of a sudden, you have a national player, and you have national advertising,” Leonard said.•