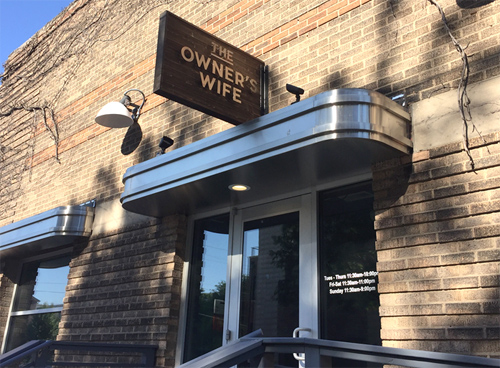 The co-owner of a restaurant and a craft brewery in the Mass Ave district is citing financial reasons for his decision to close the neighboring operations.

The restaurant opened in late February, joining the brewery, which opened in December 2013.

Miller said the downtown operations were no longer financially worth the long hours put in by he and his wife, Shannon Stone.

“Even if sales were double what they are, the return on investment on this is just too far out there,” Miller told IBJ on Friday. “We decided it was probably better just to … sell it and get what we can back out of it, and go back to doing what we’ve been doing.”

Miller said the businesses are now for sale.

Miller said it was a tough decision to close, citing both a rough market and decisions made by the restaurant and brewery’s owners.

“It took us way too long to get the restaurant open,” Miller said. “For businesses to operate on these razor-thin margins and to be able to compete is [difficult]. For us right now, the best thing was just to get out.”

Opening the Owner’s Wife was four years in the making. Miller and partners first pursued a lease for the space housing the restaurant and Outliers Brewing Co. in 2012.

Initially, Miller hoped to relocate the craft brewery at his Broad Ripple restaurant, Brugge Brasserie, Miller told IBJ in 2012. The idea to open another restaurant came along with the decision to open it in Mass Ave.

“When we saw that site available, we thought, ‘If we’re going into a more high-rent district, we have to incorporate the restaurant concept,’” Miller said.

Miller and his partners were required to bring the project before the Indianapolis Historic Preservation Commission in January 2012 because the restaurant and brewery were to be opened in a historic district.

The restaurant was named after co-owner Stone to make light of comments from patrons who referred to her as “the owner’s wife” at the couple’s other restaurant ventures.

IBJ’s Lou Harry reviewed the restaurant last month, writing that its simple signage and nondescript building housed a dinner visit that offered “among the most adventurous and satisfying meals I’ve had in Indy in quite a while.”

The closures are among several by local restaurateurs announced recently, including LongBranch and Elbow Room last month.

Miller said the Brugge Brasserie and its on-site brewing operations will remain open.

“It’s a hard decision for us because we did work really hard and came up with all these really great ideas,” Miller said, adding no one should feel sorry for him. “Me and Shannon are doing great. Our quality of life is going up.”