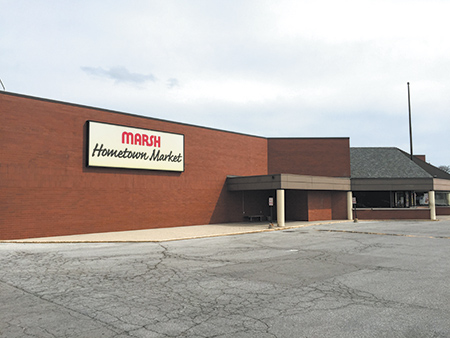 Many former Marsh Supermarkets shoppers wish the local chain had not been a casualty of the central Indiana grocery wars, but at least all they lost when it shut down last year was the convenience of having a friendly, well-run grocery near their homes.

The news was a lot bleaker for many firms that had business relationships with Marsh, once one of Indiana’s top companies, with 15,000 employees and more than 100 groceries. Creditors suffered a serious financial hit—a point that’s driven home in recently filed bankruptcy court documents that set the stage for the final wind-down of the 86-year-old company.

Secured creditor Wells Fargo Bank is stepping away unscathed after collecting the full $5.3 million owed under a lending agreement. But the chain’s former owner, the Florida-based private equity firm Sun Capital Partners, is getting walloped on loans it extended in 2016, just months before the company began to struggle to pay its bills.

It should be noted that court filings don’t provide an overall picture of how Sun fared on its decision to buy the chain in 2006 for $88 million in cash and the assumption of $237 million in debt. Private equity observers long have speculated it turned a tidy profit—in large part by selling off tens of millions of dollars in real estate months after the purchase.

But the end of its ownership run was painful. Records show Sun is collecting just $6 million on a total of more than $31 million in loans it made two years ago.

Recoveries for creditors lower in priority on the repayment list were far bleaker. A May 1 court filing reports that Marsh has estimated general unsecured claims of $385 million. A mere $1.2 million is expected to be available to put a dent in that debt.

The biggest chunk of those claims is for employee pensions. Pension obligations total $225 million, many of which go back decades, before the company froze benefit accruals for most employees in 1997. Fortunately for beneficiaries, the federal Pension Benefit Guaranty Corp. has taken over the plans and will cover pension benefits up to certain legal limits.

The PBGC doesn’t use tax dollars to bail out pensions. Instead, it relies on insurance premiums paid by nearly 24,000 insured defined-benefit pension plans—though its director said last year that, without major reforms, it’s on track to run out of money within a decade.

Other big, unsecured debts include $93 million related to leases, $37 million in accounts payable, and $30 million owed to its primary grocery provider, Minnesota-based SuperValu, under a settlement struck early this year.

SuperValu began working with Marsh about a year before the chain sought bankruptcy protection in May of last year.

At a June 2017 retail conference, SuperValu CEO Mark Gross said Marsh was slow to react to an onslaught of competition.

“Meijer came into that market,” he said, and “Kroger turned up the heat in response to Meijer.”

Gross added: “Part of what we said to Marsh is, ‘You’ve got to cut your overhead expenses; you’ve got to take advantage of our back office.” He said other grocers facing similar pressures may look at Marsh’s failure to adapt quickly and learn from it.

In bankruptcy, Marsh attempted to find a buyer to keep the chain as a going concern but ended up unloading its best locations piecemeal.