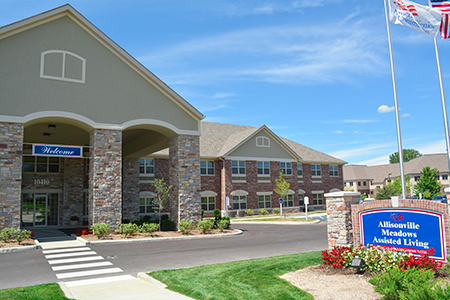 James Burkhart's hopes for a light sentence were dashed Friday afternoon when a federal judge handed down a 9-1/2-year sentence for his role in leading a massive kickback scheme as CEO of Indiana’s largest chain of nursing homes.

Burkhart pleaded guilty in January to conspiracy to commit mail, wire and health care fraud for schemes he oversaw during his leadership at ASC.

Prior to sentencing at the federal courthouse in Indianapolis, Burkhart told the judge he was sorry, and his voice broke as he asked for mercy.

“I stand before you a destroyed and broken man. … I put myself before my duties and that's wrong. … I apologize and I admit the crime,” he said.

Prosecutors had asked for a stiff prison sentence, portraying Burkhart as a greedy executive who wasn’t satisfied with a $1.4 million salary, a large house in Carmel and two vacation homes.

“Sending this man to prison for a long time will send a message," Assistant US Attorney Nick Linder said just before the sentencing. "Health care executives will take notice. Vendors will take notice. There is nothing average about this case. This is one of the most complex frauds involving the most money in the Southern District.”

Prosecutors said Burkhart, along with three others, took part in a kickback scheme between January 2009 and September 2015 that netted them $16 million. Burkhart was fired in September 2015, after the FBI raided his house.

But lawyers for Burkhart asked for only a four-year sentence, saying he never placed the nursing home residents in jeopardy and devoted himself for decades to caring for the elderly.

“To be certain, Jim does not and will not mince words when accepting responsibility for his conduct,” defense attorney Larry Mackey wrote in a memorandum filed a week ago. “Thankfully, there is equal certainty that the well-being and care of over 8,000 … residents was never placed in danger by Jim’s crimes. Nor is there any doubt that those residents received the goods and services purchased from vendors which produced personal profit to Jim.”

Burkhart was indicted in 2016, along with Daniel Benson, the company’s former chief operating officer; and associates Steven Ganote and Joshua Burkhart, who is James Burkhart’s brother.

Authorities say the four used shell companies and inflated invoices to enrich themselves. The victims of the fraud were Indianapolis-based ASC, which is owned by the Jackson family of Indianapolis; the Health & Hospital Corporation of Marion County, which hired ASC to operate its nearly 70 nursing homes; and federal health care programs.

The two sentencing memos could not be farther apart in how they portray Burkhart. The government’s memo said Burkhart was greedy and “dangled the golden carrot of the purchasing power of the state’s largest nursing home chain” to vendors if they would inflate their invoices and kick the overcharge back to his shell companies.

The kickbacks covered all sorts of purchased goods and services, from landscaping and nurse call lights to American flags and pharmacy and hospice services.

“He funneled $19.4 million to himself and others, nearly $10 million of which belonged to Indianapolis’s public health system,” the government’s memo said. “And with it, he bought a vacation house, diamond jewelry, private jet flights, and gold bars and gold coins—all for no other purpose than pure greed.”

But the defense’s memo paints Burkhart as a hardworking, humble man who helped many people along the way, and gave “the highest standards of quality and care” to his nursing home patients.

“Nevertheless, Jim recognizes that as a result of his actions, (officials) had to expend time, money and energy investigating and remediating the fallout. He understands and regrets that he used his position of trust to steal public funds.”