Carrie Griffith thought there would be a demand for her app, Little Nugget, when she developed it in the summer of 2015—during her first child’s nap time.

Griffith was inspired to create something meaningful out of the 15,000 photos she had taken in the first year of her first child’s life. With the limited time that new mothers have, she wanted to create an efficient means of turning the mess of photos on her camera roll into shareable products such as Instagram-ready photos, prints and memory books. 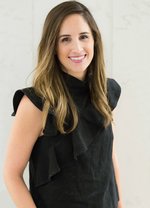 Inspiration comes in all forms, and in my case, it was my baby girl,” Griffith told IBJ.

But even she has been a bit surprised at how much of a demand there’s been for the app, which is designed to let parents catalog and edit photos of their children—including jazzing them up with art and messages. The app is perfect for commemorating milestones and special occasions, Griffith said. “It makes the creative part of putting together photo albums so much easier.”

Since its launch in May 2016, Little Nugget has had more than 165,000 paid downloads and more than 1 million moments shared through its platform.

Griffith thinks her firm’s growth is just taking off. This month, Little Nugget is launching an app for Android phones—which make up more than half of the U.S. smart phone market and an even bigger chunk globally.

The app has been so successful, Griffith quit her job as a strategic account executive with Microsoft in Chicago and devoted herself to Little Nugget full time.

“It’s really getting to a core need,” Griffith said. “I had a lot of friends who were moms in the same situation.”

Little Nugget has been entirely self-funded—including what Griffith called a heavy investment last summer to re-design the app—and during the fourth quarter the company became profitable, she said.

This year, Griffith is seeking funds for a seed round to accelerate development of the app and growth of the company.

So far, the company has grown as fast as a child in its first few years of life.

Griffith, a Denver native who earned a master’s degree in integrated marketing and communications from Northwestern University, started conceiving Little Nugget in June 2015. She left Microsoft in September of that year and joined 1871 in Chicago, where she got intensive startup mentoring. It took Griffith nine months to fully develop the app. She joked that before the birth of her second daughter, she called Little Nugget her “second baby.” 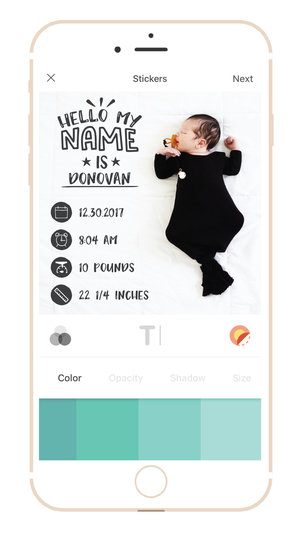 Her app hit the iTunes app store in May 2016—four months after she relocated to Indianapolis so her husband could go to work for the family business, Denison Parking. As if life wasn’t busy enough, Griffith gave birth to her second daughter two months after the app went live on the app store.

The downloads piled up, though most of Little Nuggets marketing has been word of mouth and social media. Each time someone uses the app to share a photo, it includes the hashtag #littlenuggetco, which Griffith said has helped the company grow.

“When they find a product they love, moms talk,” Griffith said.

The company has also started some cross promotions with other baby-related products, including Binxy Baby, Dockatot, Nuby and Polkadot Print Shop.

After the redesign in June—to make the app faster and more stable and pave the way for new features—the downloads accelerated.

Little Nugget so far does no in-app advertising. All its revenue comes from downloads, in-app purchases and charges for printed products. The app is $2.99 and in-app purchases range from $.99 to $5.99.

A November graduate of the gBeta gener8tor, Griffith is considering expanding her company’s offerings.

“The app is still very young and so are our families, so we plan to grow as the nuggets—babies—grow, offering new features and functionality to more easily help parents capture and turn their family’s photos into something they can treasure and look back on long term,” Griffith said. “I want Little Nugget to be a go-to platform for all parents.”

“Little Nugget provides an amazing [user experience] for parents,” Linder said. “Few apps are as well thought out and as detailed as Little Nugget.”