Home » UPDATE: Spin could put as many as 2,000 scooters on Indianapolis streets 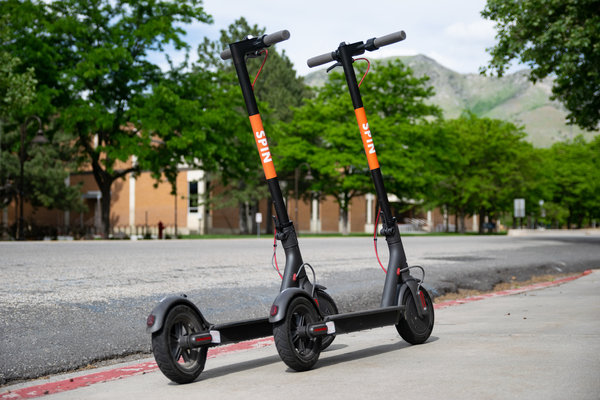 A third dockless scooter company could put as many as 2,000 scooters on Indianapolis streets now that the city of Indianapolis has approved its license.

Spin, a Ford Motor Co.-owned company, joins Bird and Lime, which were the first two companies to gain licenses after the City-County Council approved regulations for scooters last July. Licensees are required to pay the city $15,000 annually, as well as a $1 per scooter per day. The city is using the fees to improve its bike lanes.

Spin was approved to put 2,000 scooters on Indianapolis streets, but it's unclear if they it deploy that many.

TechCrunch reported this week that Spin, which was acquired in November by Ford for upwards of $100 million from its San Francisco-based founders, was planning to launch in 100 other cities.

It currently operates in Washington, D.C.; Charlotte and Durham in North Carolina; Lexington, Kentucky; Denver; Detroit; and Long Beach, California, among other cities.

Bird, Spin and Lime are the only companies that have applied for a license in Indianapolis, according to Brandi Paul, communications officer for the Department of Business and Neighborhood Services.