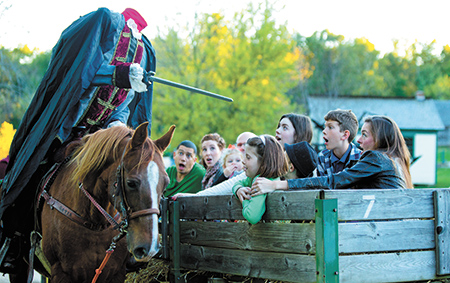 Conner Prairie saw attendance slip in 2018, but the interactive history museum in Fishers still enjoyed the second-highest visitation mark in its 85-year history.

The museum and Carmel-based hospitality company Ritz Charles teamed on a $3 million project to renovate the 111-year-old Chinese House, near 131st Street and Allisonville Road, and add the 250-person Bluffs event space along the White River.

Ritz Charles provided the majority of the funding for the construction of the pavilion and received exclusive operating rights to provide food and beverage services at the venue and the Chinese House.

Among other 2018 highlights announced by the museum Thursday:

—   a record 2,317 campers participated in the Summer Day Camp program;

The Chinese House was built in 1907 by the Atkins family of Indianapolis on land originally owned by William Conner. Indianapolis automobile industry executive Eugene Haslet Darrach purchased the house and property in 1915.

Eli Lilly, then president of Eli Lilly and Co., acquired the home in the late 1940s to use as a family country retreat. He gave the house its name after decorating it with Asian furniture and having Chinese symbols painted on the ceilings.

Conner Prairie had used the 925-square-foot building as a small event venue, with room for about 65 guests.