The 2019 legislative session ended April 24—five days ahead of the statutory deadline—with hundreds of bills sent to Gov. Eric Holcomb for his consideration.

IBJ.COM EXTRA
A sweeping gambling bill passed the General Assembly. Here's what you need to know.

In addition to lawmakers’ passing a two-year budget, gambling, hate crimes and the Indiana Pacers made a lot of headlines. But a flurry of other important topics were debated—including several tax bills, payday lending, gun control and alcohol regulation.

Here’s a look at some of the top issues: 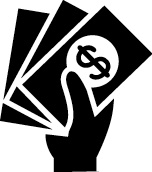 The Indiana Department of Child Services didn’t get its full funding request of $286 million annually, but the agency will receive an additional $256 million and $246 million in 2020 and 2021, respectively.

Despite some chatter and frustration from lawmakers before the session about Holcomb’s being able to spend $1 billion from additional Indiana Toll Road proceeds without legislative approval, budget writers did not attempt to reappropriate those dollars.

Only one change was made with the blessing from the administration—$185 million and potentially an additional $20 million—will be diverted to help fund the South Shore Line’s rail extension project in northwestern Indiana. But the road projects those dollars were meant to pay for, like accelerating the Interstate 69 timeline and continuing to upgrade U.S. 31, will move forward as planned, thanks to highway reserve funds.

The budget also includes language that would require legislative involvement in the future before any governor could spend money from amended agreements, like the one Holcomb pursued with the toll road. 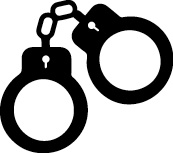 Indiana finally has a hate crimes law after years of legislators unable to come to an agreement.

Senate Bill 198—the one that carried the final language—says criminals are eligible for stronger penalties if their crimes were motivated by a victim’s real or perceived characteristic, trait, belief, practice, association or other attribute including but not limited to a list of characteristics referenced elsewhere in state law. That list includes color, creed, disability, national origin, race, religion and sexual orientation.

Democrats argue the law isn’t good enough, because it doesn’t explicitly include age, sex or gender identity, and the Anti-Defamation League says the language doesn’t meet its standard for being “a real and effective hate crimes bill in 2019.”

But Republicans argue it does cover everyone, because everyone has a characteristic, trait, belief, practice or association.

Funding for the Pacers, Indy Eleven

Senate Bill 7 provides millions of dollars in additional annual revenue for the Capital Improvement Board, which is expected to use some of it to support a majority of the $360 million renovation and expansion of Bankers Life Fieldhouse.

The legislation does not create new taxes, but it does extend the life of some existing taxes and it expands the area where the CIB collects some of its tax revenue.

The CIB touted the bill as a way to fund its 25-year vision, but even with the additional revenue, the quasi-governmental agency is still projecting deficits in mul-tiple years.

A loophole in online sales and hotel tax collection has officially been closed as language addressing the issue was folded into the budget bill Holcomb has signed.

The law requires so-called “marketplace facilitators” that sell goods or services online on behalf of other entities to collect and remit sales tax to the state.

Indiana passed a law in 2017 that required online retailers with sales of at least $100,000 or more than 200 customers in the state to collect and remit the state’s 7% sales tax, but that law did not address marketplace facilitators, like Amazon or Expedia.

The legislation also requires short-term rentals, such as those on platforms like Airbnb or VRBO, to collect sales and innkeeper’s taxes. Individuals who rent their home for fewer than 15 days per year are exempt.

The state is projected to reap tens of millions of dollars from closing the loophole.

Lawmakers had little to no appetite for raising the minimum smoking age to 21 or increasing the cigarette tax from $1 to $3 per pack, as recommended by the Indiana Chamber. But a bill imposing a tax on the liquids used in e-cigarettes almost made it to the finish line.

As it worked its way through the General Assembly, House Bill 1444 outlined multiple ways to tax the vaping liquid and different proposed tax rates. On the last day of the session, lawmakers tossed around proposals that included a 5% and a 10% retail tax but didn’t believe there was enough support for either option, so the bill wasn’t called for a final vote.

The superintendent of public instruction will become an appointed position, rather than an elected one, beginning in 2021.

This seemed to be a foregone conclusion at the beginning of the session after current Superintendent Jennifer McCormick announced she wouldn’t seek re-election in 2020.

The Legislature passed a law in 2017 making the job an appointed position starting in 2025, so the new law moves up the change by four years. 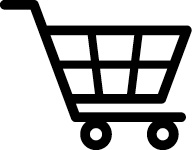 Local communities tried to get some relief from the property tax appeals regularly filed by large retailers who argue their properties valued at higher rates should be assessed at rates equal to their lowest-valued, or “dark,” establishments, as if they were vacant.

But Senate Bill 623, which would have prevented companies from using second-generation properties—like a vacant grocery store being rented to a seasonal tenant—in sales comparisons in property assessment appeals, did not receive a hearing in the House after passing the Senate in February.

Indiana has more than 300 pending tax appeals involving big-box retailers. The bill would have applied only to new big-box store appeals. 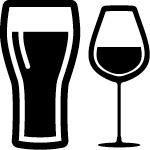 Lawmakers created a food-hall alcohol license and took steps to limit what they describe as permit squatting.

House Bill 1518 is a win for the massive Bottleworks District redevelopment project in Mass Ave, where a 30,000-square-foot food hall is expected to open in summer 2020 with a variety of small vendors. The legislation establishes a food hall three-way alcohol license for an initial fee of $50,000, plus one-, two- and three-way sub-permits for $2,500 to $5,000 each for the vendors in the food hall. (Three-way permits allow retailers to serve beer, wine and liquor.) The food hall permits—and the sub-permits—would not be counted as part of a city’s overall permit limit as long as the vendors do not occupy more than 2,000 square feet.

The bill also limits to two years the time permit owners can hold onto unused permits. After that, the owner would have to make an in-person request for up to three, one-year extensions from the Alcohol and Tobacco Commission.

Small wineries weren’t so lucky this year, though. A piece of legislation that would have made it easier for some small wineries to self-distribute their products died after passing the House. Some wineries would like to self-distribute up to 12,000 gallons of wine annually. That’s allowed now with what’s called a micro-wholesaler permit, but the state doesn’t allow common ownership of that permit and a winery. Some larger wineries have gotten around the rule by having two different family members own each entity.

Some of the language from that bill—House Bill 1422—did make it into a different alcohol bill. Part of Senate Bill 609 allows wineries and distilleries that have on-site restaurants to take alcohol produced directly on their properties to their restaurants. Current law requires them to sell alcohol to a distributor who has to take it to a warehouse and sell it back to the winery or distillery before it can be sold in the restaurant.

The print media industry successfully lobbied against a bill that would have eliminated the requirement that notice of sheriff’s sales of foreclosed properties be published in newspapers.

House Bill 1212 would have mandated that sheriff’s offices advertise foreclosure sales online rather than in printed newspapers, due to the cost and perceived lack of print readers. But the bill died in a Senate committee hearing.

Lawmakers then tried to add language to a different bill—Senate Bill 535—that would have capped all public-notice fees at $250 as a way to address the high cost charged by some newspapers. The bill passed the House with that language included, but it was removed before final passage in both chambers.

Legislation that would have required teachers already authorized to carry guns in schools to take a firearms training course died on the last day of the session.

House Bill 1253 initially created a voluntary gun training program for teachers, but the language changed in the Senate to become a requirement—something the bill’s author, Republican Rep. Jim Lucas, opposed.

But a bill to expand the state’s “stand your ground” law did pass. Holcomb signed the measure on April 26 at the National Rifle Association’s convention in Indianapolis. House Bill 1284 removes fees for five-year handgun licenses and allows licensed individuals to carry firearms to church, even if a school is on the property.

Consumer advocates thought they were off to a good start this session as a bill capping two-week “payday” loans of up to $605 at an annual percentage rate of 36% made it to the Senate floor.

But the bill died in the Senate. Instead, a bill that would have created new subprime loan products with interest rates above the state’s loan-sharking rate cap of 72% narrowly passed the same chamber.

House members debated the legislation, but ultimately, Senate Bill 613 was not called for a vote on the last day possible.

The anti-abortion legislation passed and signed this year—House Bill 1211—bans a form of second-trimester abortion called a dilation and evacuation (D&E) procedure.

The American Civil Liberties Union of Indiana has already filed a lawsuit challenging the law as unconstitutional. The situation is not new for the state—all anti-abortion legislation passed since 2013 has been challenged and blocked by the U.S. District Court.

The state’s pre-K voucher program—On My Way Pre-K—is opening up to families statewide after being available in only 20 counties (see story, page 7).

But lawmakers did not increase funding for the program—it will stay at about $22 million each year for the next two years.

The program started in 2015 as a way to help low-income families, and the vouchers subsidize up to $6,800 for a 4-year-old to enroll at top-rated preschools of the family’s choice.

In a move to attract more multimillion-dollar data center developments to the state, lawmakers approved a new tax exemption for the facilities.

Greenwood, Danville and Whitestown will be able to impose a 1% food and beverage tax under House Bill 1402.

Military veterans’ pensions will now be exempt from state income taxes. Holcomb included the idea on his list of priorities for the session and has argued that it was a necessary economic development tool to attract and retain more veterans, who could help solve ongoing workforce shortages.

A bill that would have ended the prohibition on light-rail construction in Marion and six other central Indiana counties did not survive.

A similar measure died in 2018, but Indianapolis Democratic Rep. Justin Moed had hoped for it to be successful this year.•