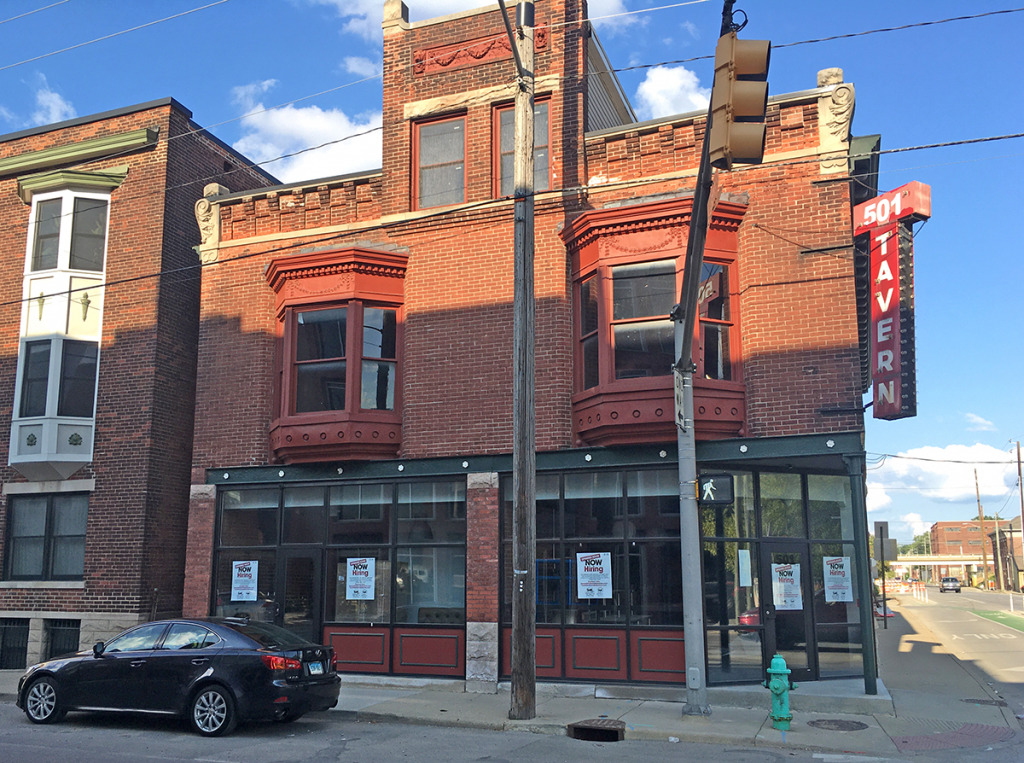 The Beerded Swine, a long-delayed retail shop that will sell high-end meats, cheeses, wines and craft beers, is set to open by the end of next month at 501 N. College Ave.

IBJ originally reported the plans in November 2018, but a variety of issues since them, among them the pandemic and resulting supply-chain issues, have pushed back the opening for nearly three years.

“The project completely halted, but now we’re starting to move equipment in,” said owner Lisa Abentroff. “I know that the neighborhood has been waiting for this store for so long.”

Abentroff is now the sole owner of The Beerded Swine. She declined to say how much she’s investing to get the store open.

The shop, which occupies a two-story building of nearly 3,000 square feet, will have its retail operation on the street level. A large event space and bar upstairs will be available for live music, poetry readings, meetings and private events.

Abentroff also owns The Savory Swine in Columbus, which she opened in 2012. She said the College Avenue shop will look “very familiar” to those who have been to the Columbus store.

Like its sister store in Columbus, The Beerded Swine will sell high-end cuts of beef and pork, house-made sausages, brats, hamburger patties, poultry and seafood along with wines and cheeses.  It will also sell deli sandwiches that customers can either take home or eat on premises; and it will offer catering.

The one difference between them is that the College Avenue location will also sell a variety of craft beers on tap.

Abentroff said she’s hoping to open The Beerded Swine for limited operations by the end of this month, and hopes to be fully open by the end of September.

She said hasn’t yet set exact opening dates because ongoing supply-chain issues and staff shortages are making it hard to know exactly when all of her equipment will be in place, and when she’ll be able to find enough employees.

Later this month, Abentroff plans to host a “meet the neighborhood” outdoor cookout to introduce the business to its Lockerbie Square neighbors.

She said she’s grateful that the neighborhood and her College Avenue landlord, Oak Bridge Properties, have been patient with the delayed opening: “I know they’ve been staring at this corner for three years now.”

The building was constructed in 1900, according to Marion County Assessor records. It is the former home of 501 Tavern, a gay bar that closed in 2016

One thought on “After long delay, Beerded Swine opening in Lockerbie with meat, cheese, libations”