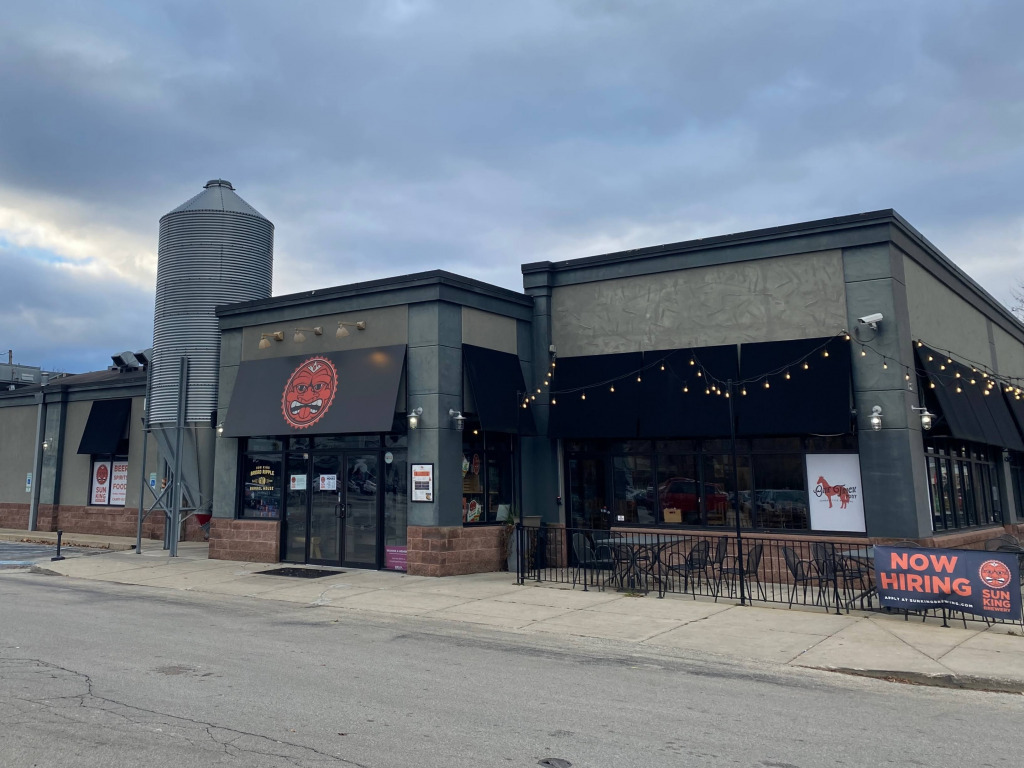 Citing an increase in rent costs and upcoming roadwork on Broad Ripple Avenue, Sun King Brewery plans to serve its final customers at the company’s Broad Ripple taproom on Dec. 19.

The Sun King site is part of the Broad Ripple Station retail center managed by Indianapolis-based LOR Corp. Attempts to reach a representative of LOR for comment were unsuccessful.

With construction on Broad Ripple Avenue between College and Primrose avenues planned for several months in 2022, Colt said a decrease in traffic and potential customers is inevitable. According to the Indianapolis Department of Public Works, segments of Broad Ripple Avenue will be closed across four months next year. The closures will affect one block at a time. The makeover will include upgraded stormwater infrastructure, widened sidewalks and new traffic signals.

“We are very thankful for the folks who visited our Broad Ripple location,” Colt said. “We are sad to say we are ceasing operations momentarily.”

Colt said no staff layoffs will accompany the taproom’s closing.

“Everybody who works for Sun King Broad Ripple has been offered an opportunity to pick another location and go to work,” he said.

Sun King, which opened its owntown brewery in 2009, has satellite locations in Fishers, Carmel, Kokomo and at Indianapolis International Airport.

Wise and a team of investors presently own Roots Burger Bar in Muncie. He plans to open Roots locations in Indianapolis and Carmel by February.

When Sun King opened its Broad Ripple location, the company brought on seafood restaurant Offshore as the onsite food vendor. Offshore subsequently was replaced by burger restaurant One Trick Pony.

Although One Trick Pony will exit Broad Ripple with Sun King, the companies will maintain an association in Hamilton County. One Trick Pony occupies one of the counter-service stalls at Fishers Test Kitchen, which operates at Sun King’s taproom at Fishers District.

26 thoughts on “After two years in Broad Ripple, Sun King to close taproom”