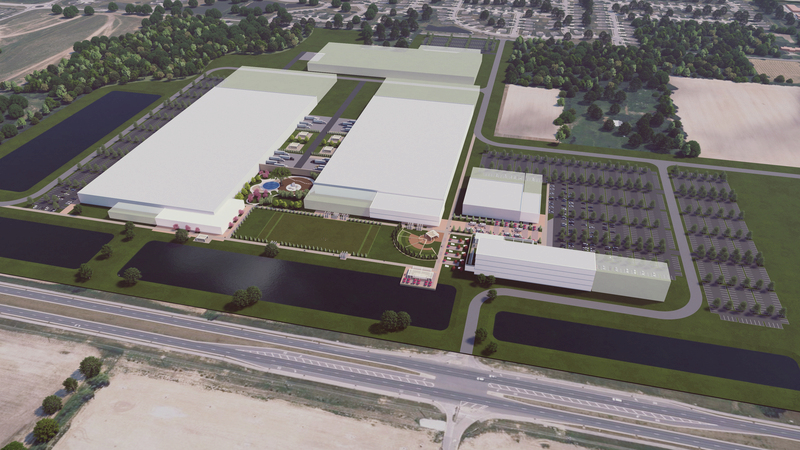 Construction at the 162-acre site near East 146th Street and Promise Road is expected to begin in the next 24 to 36 months. The campus will include Bastian’s corporate headquarters and an innovation center, together totaling about 180,000 square feet, and a  400,000-square-foot advanced manufacturing facility.

Bastian designs, makes and installs conveyor systems, robotics, software and other materials-handling products used in a variety of applications, from retail distribution centers to auto manufacturing and distribution.

The company plans to create 250 new jobs over the next five years in Noblesville and retain and relocate 400 employees to the new corporate campus.

“Our investment in the Noblesville campus will be the largest our company has made to date,” Bastian CEO Aaron Jones said in prepared remarks. “The project is indicative of our commitment to Bastian employees, the material handling industry and the state of Indiana. We’re excited to build upon the roots we’ve established here to ensure we’re successful for the next 70 years.”

Bastian is the second-largest Indianapolis-area engineering firm and seventh-largest logistics provider in the metropolitan area, according to IBJ research. Outside of central Indiana, the company has offices and/or facilities in more than a dozen U.S. locations, as well as offices in Brazil, Canada, India and Mexico.

“Bastian Solutions is not only investing in their future, but also Noblesville’s,” Mayor Chris Jensen said in prepared remarks. “This project speaks to Bastian’s commitment to job growth and economic development in Noblesville, and we are excited for our upcoming successes and bright future together.”

The new campus will have additional land on-site to accommodate future growth for Bastian, according to Noblesville Communications Manager Robert Herrington.

The agreement includes a $9 million city-backed bond and 10-year tax abatements for real property (70%) and personal property (100%). The city will also waive administrative fees related to planning and zoning petitions, except for required inspection and impact fees.

The Indiana Economic Development Corp. has pledged up to $4 million in incentive-based tax credits for Bastian, based on its hiring plans. The IEDC also committed up to $2 million in assignable redevelopment tax credits.

Bastian’s new corporate campus will be about 13 miles from the company’s current headquarters at 10585 N. Meridian St. in Carmel.

The company’s Greenfield location will not be impacted by the new corporate campus in Noblesville, according to Stefanie Hardy, Bastian’s director of marketing.

Founded in 1952 by Elgan Stark, the company was originally known as the E.C. Stark Co. Inc. and supplied materials-handling products such as casters, hand trucks and carts.

In 2017, Toyota Advanced Logistics Group acquired Bastian for $260 million as a way of getting into the logistics business.

Toyota Advanced Logistics Group is a division of Japan-based Toyota Industries. Both of these companies are separate from Toyota Motor Corp., the well-known Japan-based automaker.