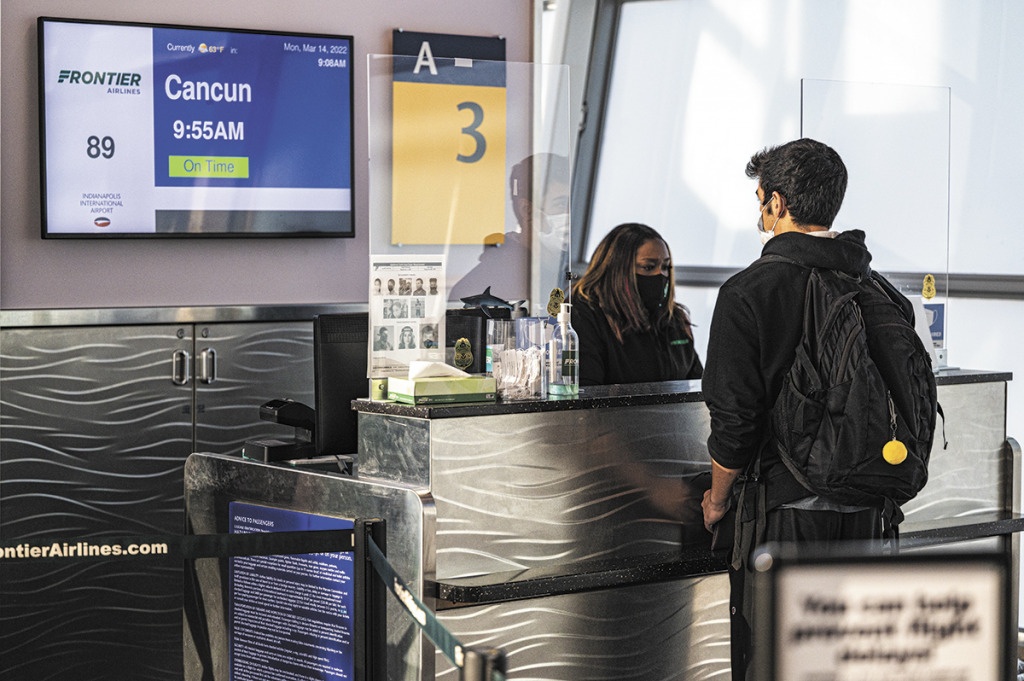 President Biden is expected to announce a new proposal Monday that would require airlines and ticket sales websites to disclose additional fees up front, according to the Department of Transportation, aiming to add a dose of transparency to the process of booking travel.

The disclosures would cover any fees for passengers to sit with their children, to change or cancel a flight, and to bring checked or carry-on bags, according to the department. The fees would be required to be displayed the first time a ticket price is shown.

The announcement will come at a meeting of Biden’s Competition Council at the White House on Monday afternoon. The president is expected to call on federal agencies to pursue similar transparency measures in other sectors of the economy.

“Airline passengers deserve to know the full, true cost of their flights before they buy a ticket,” Transportation Secretary Pete Buttigieg said in a statement. “This new proposed rule would require airlines to be transparent with customers about the fees they charge, which will help travelers make informed decisions and save money.”

The public will have 60 days to comment on the proposal before it can be finalized and go into force.

Bag fees, in particular, are big sources of revenue for airlines – and one that has grown in recent years. Fourteen major airlines collected $5.3 billion in bag fees last year, according to the Bureau of Transportation Statistics.

The new proposal is among several consumer-friendly measures the Transportation Department is undertaking to regulate airlines. The department has proposed to clarify the definitions of canceled and significantly delayed flights that are eligible for refunds, and proposed requiring airlines to issue vouchers to passengers who choose not to travel because they have covid or another serious communicable disease. A separate proposal would require airlines give refunds for WiFi fees if in-flight internet isn’t working and for bag fees when bags are delivered late.

The airline industry is dominated by four major carriers, and the Transportation Department will help review a proposed merger between JetBlue Airways and Spirit Airlines that could further consolidate the industry. The Justice Department is also challenging an alliance between JetBlue and American Airlines.

Biden issued an executive order in July 2021 directing his agencies to promote competition and bring down prices for consumers, raise wages for workers and promote innovation.