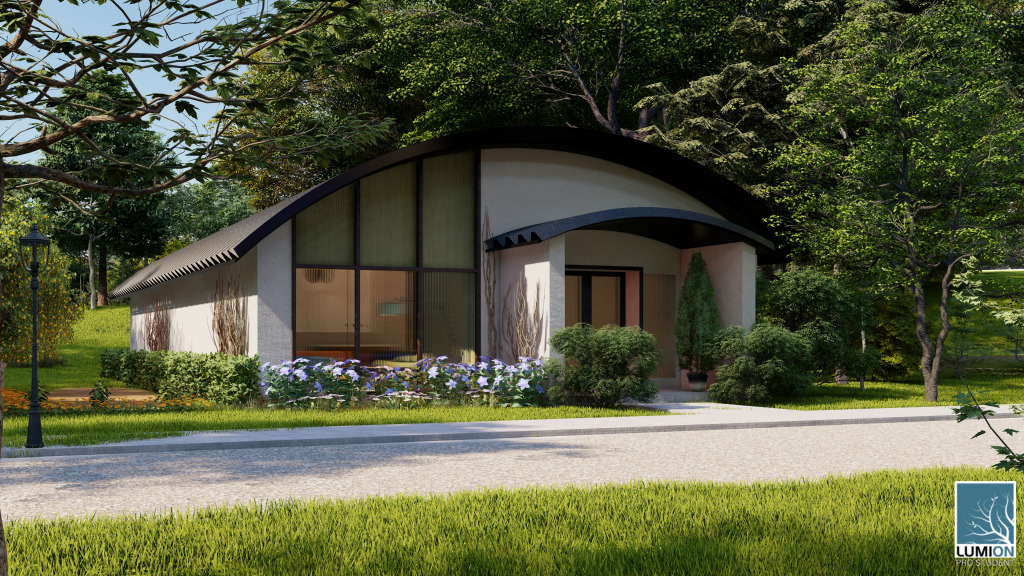 Bloomington-based startup Terran Robotics Inc. is on a mission to lower construction costs with advanced technology.

Specifically, it’s “teaching” autonomous drones how to build earthen homes that Terran says could reduce homebuilding costs by up to 30% compared with traditional construction methods. The savings, the company said, would come from reduced labor costs, plus the fact that adobe—essentially, clay, sand and straw—is much cheaper than conventional building materials such as lumber and drywall.

“We really are focusing on making quality homes affordable for as many people as possible,” said the company’s marketing director, Nate O’Donnell.

It sounds a bit like science fiction—but the company has found support for its idea.

And even though Terran hasn’t built its first house yet—it’s still working to perfect its drone technology—the company already has a waiting list of people who have expressed interest in purchasing a Terran-built home.

If all goes according to schedule, Terran expects to build its first home next year in Bloomington. It’s also eyeing Indianapolis as a target market, O’Donnell said.

He said the company has also secured letters of intent from six residential developers in Bloomington, Indianapolis and Columbus who are interested in partnering with Terran once its technology is up and running.

Terran was founded in 2019 by Zach Dwiel, who formerly worked as an artificial-intelligence researcher at Intel, and Daniel Weddle, an entrepreneur and homebuilder. They were later joined by O’Donnell and Jacob Bower-Bir. The four are friends who met at Indiana University. Bower-Bir now lives in Fountain Square, while the other three live in Bloomington.

All four are partners in the business, with Dwiel and Weddle owning the majority of the company.

The company’s basic goal is to teach an autonomous drone the basic skills it needs to build adobe walls: how to fly from point to point; how to achieve stable flight while carrying a payload of adobe or tools; how to pick up and drop scoops full of adobe; and how to use a tool to shape and smooth a newly built wall.

O’Donnell said Terran has already cracked the first two skills and is on track to complete the other two by year’s end. If it succeeds in doing so, Terran can then qualify to apply for a much larger “Phase 2” NSF grant that would include $1 million plus an investment match of up to $500,000.

There’s no guarantee of landing a Phase 2 grant, though, and in the meantime Terran is preparing to seek its first round of outside funding. The company started talking with potential investors this month, O’Donnell said, but he declined to say what the company’s seed-round fundraising goal is.

Assuming that Terran is successful in its fundraising, O’Donnell said, the company hopes to hire five to seven employees in spring 2022.

The company launched a waiting list in June, O’Donnell said, and has already attracted about 25 people who have put down refundable $100 deposits to express their interest in a home.

The company intends to build the homes itself, using an autonomous drone for the wall construction and a human crew for the other parts of the project. Rather than building the walls with individual bricks of adobe, as is common in the Southwest, Terran will build the walls as one solid piece. This style, called monolithic adobe, is also known in England as cob.

“We’re still going to be in R&D mode for several years,” O’Donnell said.

Over time, O’Donnell said, Terran aims to teach drones to handle other homebuilding tasks as well, perhaps things like roofing or flooring. Automating these tasks could bring the homebuilding prices down even more.