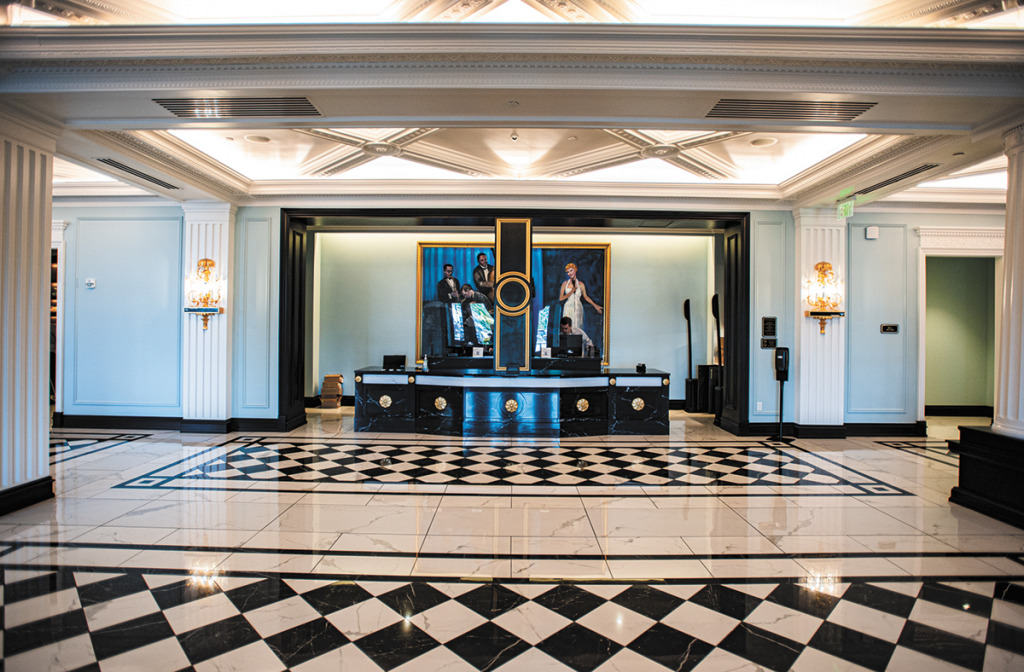 The cost of the Hotel Carmichael in Carmel swelled from $40 million in 2017 to $58.5 million two years later. (IBJ file photo)

The Carmel City Council voted Monday to accept the findings and recommendations included in a recently filed report analyzing why the Hotel Carmichael’s cost exceeded its estimate by nearly 50%.

The document largely criticizes the way the city’s administration and Carmel Redevelopment Commission (CRC) handled the 122-room boutique hotel’s construction, as well as the way it announced the project’s $18.5 million cost increase from its original $40 million estimate.

“Probably the biggest finding that we talked about a bit was that the construction estimate was hastily completed and wholly unreliable,” Finkam said.

The hotel, which opened in August and sits across the Monon Trail from The Palladium, is the brainchild of seven-term Carmel Mayor Jim Brainard, who first envisioned building a destination hotel for the city decades ago. But the Carmel council didn’t act on the idea until 2017, when it approved a $15 million bond for the project. That was to be combined with $25 million in private loans for what the city estimated would be a $40 million project.

The report states the CRC was not transparent, timely or effective in communicating several developments within the project. It wasn’t until late January 2020 that the CRC publicly announced the cost for the Hotel Carmichael had exceeded the original estimate.

At the time, CRC Executive Director Henry Mestetsky and the Brainard administration blamed circumstance beyond their control for the overrun, including international tariffs and labor shortages—as well as the strict standards needed to meet the requirements of Mariott’s Autograph Collection.

The report found that, in addition to those factors and the unreliable estimate, the cost overruns also stemmed from the project’s addition of roughly 7,000 square feet and the Feinstein’s at Hotel Carmichael cabaret and jazz club.

Council member Tim Hannon said, although he wasn’t on the council when the hotel was first proposed, he watched the proceedings closely and it was never clearly stated just how preliminary the estimates were.

“That may have changed public opinion and certainly changed some council decisions,” Hannon said.

Council member Tony Green said he believes the Carmel Redevelopment Commission held all necessary public meetings on the matter, but the fact that it took more than a year for the public to learn about the project’s overruns means there was obviously a huge disconnect.

As the council continued its meeting Monday to discuss a separate investigation into an employee’s harassment complaint, council member Adam Aasen took issue with the fact that he had to read the hotel report after it was made publicly available.

“I didn’t see word one of that report until it was released to the public. I’m not saying I agree or disagree with the findings, but it was not a collaborative effort,” Aasen said.

The council and the Carmel Redevelopment Commission are separate legal entities. According to the report, the council had entertained developing an interlocal agreement—a collaborative contract between two public bodies—with the CRC to better communicate about project progress, challenges, spending and accountability. However, state code does not allow for that option in this instance.

Hannon said the council’s finance, utilities and rules committee will now likely be responsible for figuring out a way to implement changes and prevent a similar situation from happening again. That may come in the form of a resolution or memorandum of understanding, rather than formal ordinances.

Already, the council has implemented new construction procedures as a result of the investigation.

The city’s expanded police headquarters will be built using a “build, operate, transfer” method, which Hannon described as being a more-desirable approach for its control over change orders and the project’s guaranteed maximum price.

“Timelines. Accountability. Communication. It’s going to be buttoned up. I can assure that,” Hannon said. “If they go over budget, it’s their problem. Not ours.”