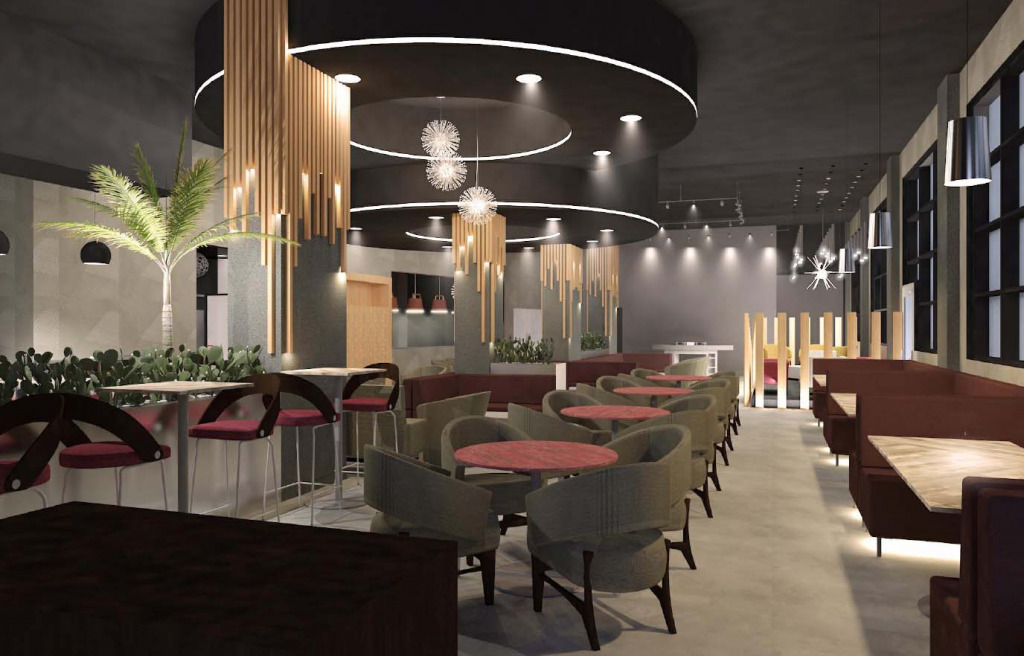 A rendering of Hovito Lounge, slated for 234 S. Meridian St. (Rendering courtesy of the city of Indianapolis)

A Fishers homebuilder intends to remodel the former Claddagh Irish Pub & Restaurant in downtown Indianapolis and open a cigar lounge.

Will Edwards said he’s targeting April 2022 for an opening date for the business at 234 S. Meridian St., named Hovito. According to architectural plans filed with the city, the cigar lounge will feature a restaurant and bar.

The downtown Claddagh, part of a defunct restaurant chain based in suburban Cleveland, closed permanently when pandemic stay-at-home orders arrived in March 2020. The restaurant opened in 2000 and was the first in a chain that at one time numbered as many as 17 locations around the Midwest. Two other Claddagh restaurants in the area served customers at 3835 E. 96th St. and at Plainfield’s The Shops at Perry Crossing.

The Hovito blueprints, by Indianapolis-based Meticulous Design & Architecture, depict a 300-square-foot humidor and a 200-square-foot area for hookah preparations.

Overall, the ground floor of the 101-year-old South Meridian Street building has 4,700 square feet of space. Hovito’s maximum occupancy would be 184 people inside and 54 people on an outdoor patio.

The building is owned by Norle Investments Inc.

Edwards said the Hovito name carries no specific significance. In May, he applied to trademark “Hovito” in the category of wines and spirits with the U.S. Patent and Trademark Office.