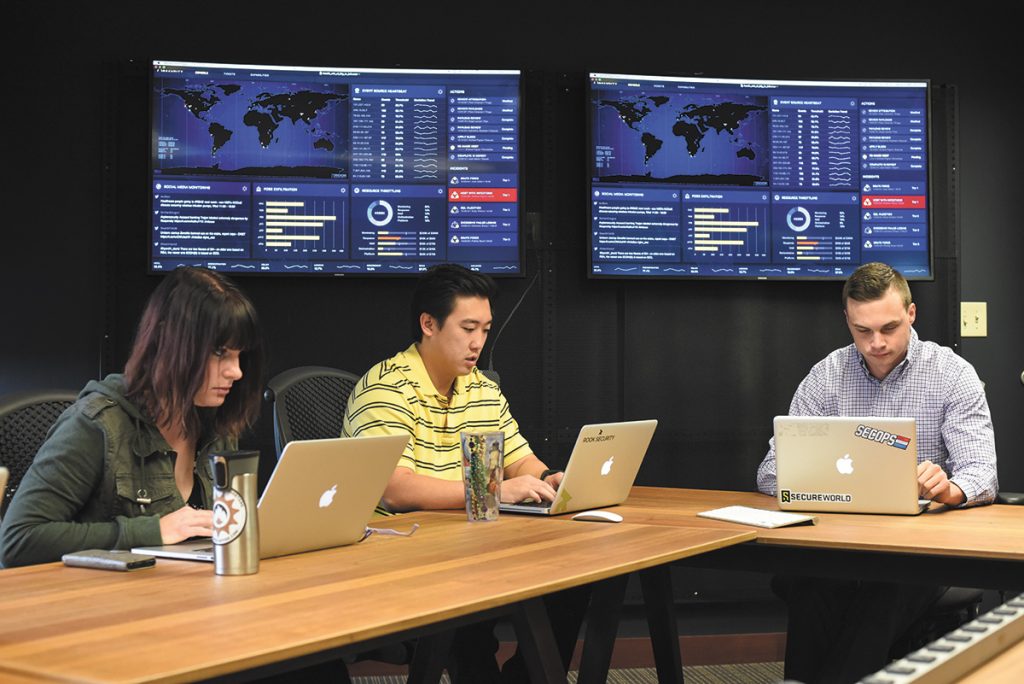 In one of the year’s highest-profile tech deals, two out-of-state private equity firms took a majority stake in Fishers-based tech company ClearObject, which for years has ranked among the fastest-growing firms in the Indianapolis area.

ClearObject works with companies to connect objects—from everyday appliances to machine components—to the internet, enabling them to send and receive data.

Founded in 2010 as CloudOne, ClearObject maintained its headquarters in Fishers, and John McDonald has continued as CEO.

◗ Canvas Talent Inc., a 2-year-old Indianapolis-based firm whose software serves as a hub for recruiters to manage text conversations with prospective employees, was acquired in February by Silicon Valley-based Jobvite Inc. Canvas has continued to operate as an independent business unit and grow its presence in Indianapolis.

◗ Carmel-based Determine Inc., a 23-year-old publicly traded software company that has never turned a yearly profit, was acquired in February by New Jersey-based Corcentric Inc. for $32 million. Determine moved its headquarters from Silicon Valley to Carmel in 2016.

◗ More than 20 years after founding his tech consulting and development firm Studio Science, Kristian Andersen in March sold it to a group of investors led by CEO Steve Pruden. Studio Science officials said they plan to keep the operation in Indianapolis and grow here.

◗ Philadelphia-based private equity firm Renovus Capital Partners in April acquired a majority interest in KSM Consulting, a technology services and data-analytics consultancy operating under the umbrella of Indianapolis-based accounting firm Katz Sapper & Miller. The latter retained a significant minority ownership in KSMC and a seat on the board.

◗ Indianapolis-based Synovia Solutions LLC announced in April it had been acquired by Los Angeles-based CalAmp for $50 million. Synovia, founded in 2001, has about 120 employees and a 12,000-square-foot headquarters off of East 96th Street and North Keystone Avenue.

◗ A judge in late June approved the sale of Fishers-based SteadyServ Technologies LLC to its biggest creditor after no other bids were made for the company in bankruptcy proceedings. Indianapolis-based RBE Investments LLC, the company’s largest secured creditor, made a nearly $5.8 million credit bid to purchase the 7-year-old company and its assets after a turnaround plan for the company failed.

◗ Doxly, a local tech firm that helps clients collect and manage legal documents through a cloud-based platform, was acquired in August by Litera Microsystems, a Chicago-based provider of document-management software. Litera officials said they plan to maintain an Indianapolis presence—and grow it.