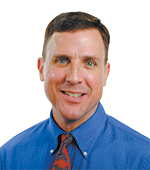 Schoettle grew up in Indianapolis, graduating from Southport High School and Indiana University. He then departed on a tour of middle Indiana, reporting for papers in Greenwood, Frankfort, Columbus and Franklin before landing at IBJ in 1998. At his previous jobs, he spent a decade as a political and government reporter. Beyond writing, Schoettle’s passions include animals and wildlife, watching all manner of television and long-distance cycling and running. Though he put away his trumpet many years ago, he remains an avid music fan. Schoettle shares his home in Southport with his wife, Elizabeth, three salty dogs and three sweet cats. Preferring to live in a “park-like setting,” one of his primary goals each spring and summer is to see how seldom he can mow his front lawn. 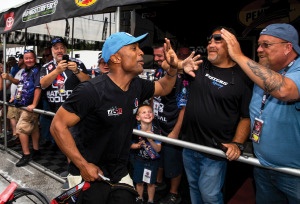 Antron Brown announced this year he is leaving the comfy confines of drag racing superpower Don Schumacher Racing after this season to roll out AB Motorsports in 2022.

Hilary Buttrick comes to the Orr Fellowship, which connects high-caliber college grads with fast-growing companies, with a background in law and higher education. Most recently, Buttrick served as interim dean of Butler’s Lacy School of Business. 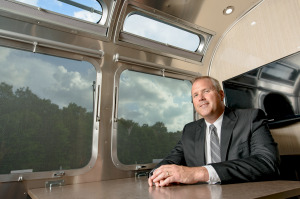 Bob Martin is the head of Thor Industries, one of the biggest publicly traded companies in Indiana and, instead of resting on his laurels, he’s creating technology-oriented executive roles within his company and looking to make big technological advancements in Thor’s products. 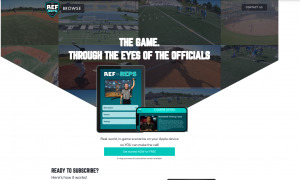 RefReps has grown so fast in the six months since its launched that company officials have had to show some fancy footwork and change directions to capitalize on a national, if not global, opportunity.

Local firm looking to clear the air on buses, trains

The startup has already signed deals with schools and metro bus services in Baltimore, Los Angeles, Philadelphia, Fort Wayne and Jacksonville, Florida. The firm also rolled out a system two months ago for rail cars and has it in place in Philadelphia.

Sharpen’s latest round of financing brings the total amount raised by the firm to more than $55 million. It follows a year when its cloud-based customer service platform became much more relevant. 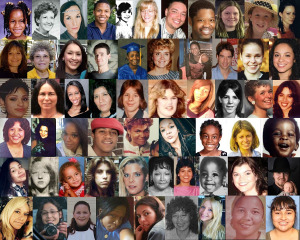 The three co-founders of Uncovered.com have launched a crowd-funding initiative to raise money for their tech startup, which is focused on cracking unsolved missing persons and murder cases. 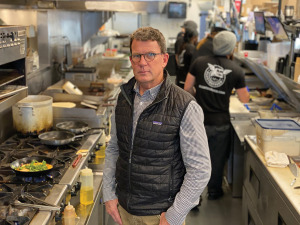 2021 Innovation Issue: Small companies are most likely to be disruptors

One reason is that big companies are focused on staying on course—maintaining the successes and strengths that made them big in the first place. And if you’re always on course, there’s little room for innovation.

Ireland is interested in attracting fast-growing U.S. companies looking for a European outpost and has turned its attention to Indianapolis.

Indianapolis-based OnBoard said it will expand its Indianapolis headquarters to accommodate staff growth as employees return to office-based work.

Matt Baggott, the son of ExactTarget and ClusterTruck co-founder Chris Baggott, has wanted to run his own business as long as he can remember. Last year, the 21-year-old and two co-founders launched a promising tech company, and now it’s ready to take flight. 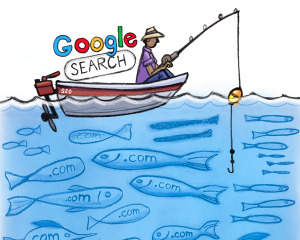 Website operators must be strategic, authentic to rank high in Google results

It might alarm many business owners to learn that the vast majority of website pages get zero traffic from the world’s largest search engines, most notably Google.

Qualifi, an Indianapolis-based tech firm that makes and markets an on-demand screening platform allowing recruiting teams to conduct phone interviews for hundreds of candidates in minutes, has raised $600,000 in a pre-seed round of capital.

With 180 employees in central Indiana, Tangoe officials said the firm’s central Indiana outpost has become even more important than first imagined by the global firm.

Q&A with Jeff Smallwood, blazing a new trail one mile at a time

The Avon resident has been on a decades-long quest to blaze a paved path from downtown Indianapolis to Montezuma, a trail that is slowly taking shape.

Discussion and debate at Friday’s IBJ Tech Power Panel event focused largely on how companies can do a better job recruiting and hiring diverse employees, as well as the ability of diverse entrepreneurs to raise venture and growth capital from a cadre of investors who largely remain white and male.

Fast-growing esports firm with local roots lands round of funding

Beastcoast, a professional e-sports team and digital media company that was a member of the 2020 Techstars cohort, announced this week it has closed on a $2.5 million pre-seed round of capital.

Music livestreaming startup Mandolin plans to hire up to 100

Launched last June, Mandolin Software Inc. announced In October it had raised $5 million in seed round capital to fund growth.