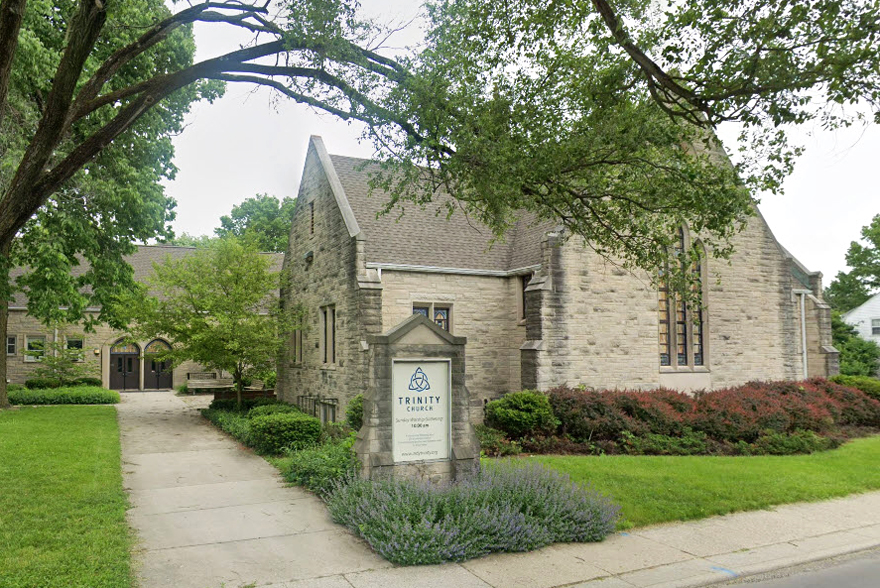 A Columbus, Ohio-based coworking firm plans to convert a church in Broad Ripple into a shared office space.

COhatch, which already operates six locations in Ohio with four others on the way, is expected to ask the city’s Board of Zoning Appeals for a variance that would allow office uses at  Trinity Church, 6151 Central Ave.

The firm would occupy the entire 18,366-square-foot church, and retrofit the building for open desk space, office areas, conference rooms and administrative space, according to a plan filed with the city.

COhatch intended to formally request the variance during Tuesday’s Board of Zoning Appeals meeting. However, the meeting was canceled due to an expected lack of quorum. The matter is now expected to be heard next month.

COhatch does not plan to make any exterior changes to the building, according to its operation plan.

COhatch was co-founded by Matt Davis in 2016 in a former hardware store in Worthington, Ohio. The company offers coworking memberships ranging from $59 to $399 per month.

The church property would be owned by COhatch’s development arm, CRDV Indianapolis LLC.

The firm’s plan said it focuses on bringing individuals, startups, not-for-profits, and small and large businesses together in a collaborative environment. The building would be constantly accessible by COhatch members and staff with a key fob device.

Trinity Church has owned the building since June 2009, when it bought the property for $300,000 from Common Ground Christian Church. The structure was built in 1975, according to property records. Trinity is expected to continue using the space for its Sunday service, as well as other weekly meetings. Church officials did not return a request for comment from IBJ.

The firm said in July that it planned to open 10 Indianapolis-area locations over the next five years. COhatch did not immediately respond to an IBJ request for comment.

In addition to Noblesville and Broad Ripple, COhatch has also honed in on downtown Indianapolis’ Wholesale District, but an exact location for that project has not yet been made public.