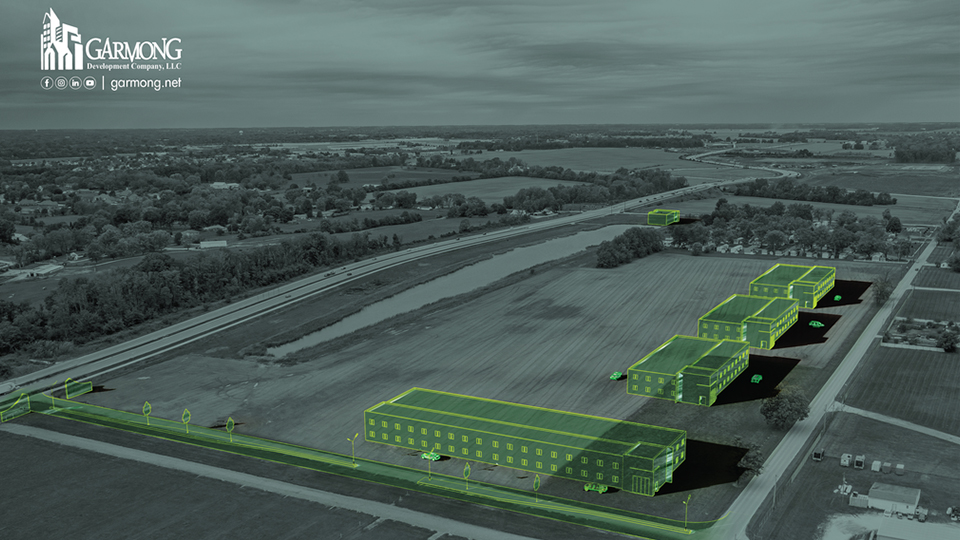 A rendering of Commerce Park at Brownsburg Raceway. (Image courtesy of Garmong Development)

Indianapolis-based Garmong Development has announced plans for a 47-acre business park in Brownsburg next to Lucas Oil Indianapolis Raceway Park that’s designed to promote manufacturing, research and development for the autosports industry.

Garmong expects Commerce Park at Brownsburg Raceway to attract more than $100 million in new economic development and capital investment. Vice President Dan Zuerner said cost of construction for the project has not yet been determined.

“The time is right to build this,” Cook said in a news release. “This powerfully advances Brownsburg’s high-profile commitment to growing and supporting the autosports industry and will help attract new companies.”

As part of the project, the National Hot Rod Association, which owns and operates Lucas Oil Raceway at 10267 U.S. Highway 136, has agreed to move the track’s main entrance to the west side. Construction on that effort is expected to begin soon and be complete by the end of the year.

“This project has been under consideration for years, but with the completion of the Ronald Reagan Parkway and the major investment of Garmong, this project has become reality under Deb Cook’s leadership,” said Kasey Coler, vice president of track management and operations for the NHRA. “This new ‘front door’ will provide easier access into the raceway park, but equally important is that the new entrance is expected to provide a higher degree of safety.”

Garmong did not provide an estimated timeline for construction.