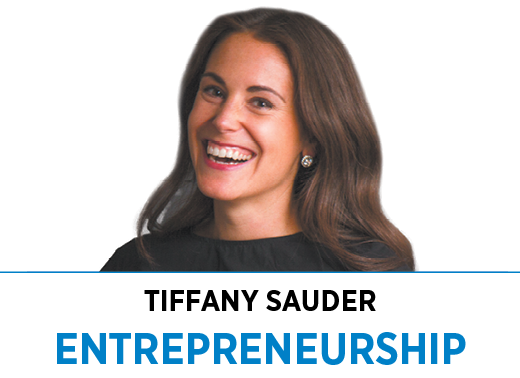 When I was asked to contribute to this series on helping entrepreneurs, I knew I had to write about the ONE thing that has made all the difference in my journey as an entrepreneur.

It’s something everyone can practice and possess.

What is it? The courage to be vulnerable.

What I came to realize is that this preparation became a wall I hid behind that prohibited me from being available, present and able to respond and relate authentically. I was never vulnerable. Instead, I was prepared.

◗ Fear wants to keep you from being vulnerable.

I put a question on LinkedIn and asked, “What keeps you from being vulnerable in relationships?”

A fascinating trend emerged: 50% of comments literally used the word “fear” to describe what holds them back, and those that didn’t use the word “fear” used language that implied fear: rejection, failing to meet people’s expectations, lack of reciprocation, looking stupid, lack of trust, being judged, not being taken seriously.

When we pretend that things aren’t actually as they are—when we share a contrived truth, instead of the real, vulnerable truth—we sabotage our goals. We slow down the growth we experience as leaders. We create accidental roadblocks for the companies we lead—and make problems much harder than they need to be.

◗ Vulnerability is not always natural; it can be learned.

Today, the concept of vulnerability is a throughline in who I am as a person—as a wife, mom of four, entrepreneur, CEO, board member, investor and mentor. I’ve found that, in all these roles, vulnerability has been a powerful piece of building relationships that build trust. But it has taken practice.

When someone asks, “How’s it going?” avoid the easy, “Great!” Respond with your actual truth.

Ask people for help. It seems obvious, but when you reach out to others for help, that vulnerability makes an unspoken statement. If I’m there for you, you’ll be there for me, too, when I need help.

◗ Go first, and others will meet you there.

Vulnerability can’t just happen in your head. You actually need to say the words and do the thing. It can be very awkward initially if you’re not used to it and if people aren’t socially used to your being open. One of the hacks I’ve used is to tell people what I am doing:

“Hey, can I just share something vulnerable with you?” or, “Hey, I’m gonna be vulnerable. Is that all right?”

Try it. Your fear that it won’t be reciprocated is actually unfounded. In my experience, vulnerability is always appreciated and is met with authentic engagement and reciprocation.

◗ Have the courage to show your real cards.

In the journey of building Element Three, I was vulnerable in seasons. I worked hard to present that everything was fine—or pretended like it was. I was moving at such a fast pace. Nobody could slow the car down and see that I was secretly terrified.

But a few clients and mentors did actually stop and authentically ask: How are YOU? Their willingness to share their own struggles, their own fears, their own musings and wonderings about success and life and business gave me courage to begin showing my own hand.

It’s been in these moments of relational realness that I’ve been able to be present to really learn. To see. To hear. To be challenged. To be open to new methods and ways of seeing things.

And I began to give myself permission to live in a way that was completely different.

◗ Enjoy the safety of being known.

Being an entrepreneur is a lonely journey. And we accidentally exacerbate the loneliness by building walls of performance and pretense.

Once I stepped over the edge of perfection into living more vulnerably, I experienced a freedom and a sense of teamwork that was so powerful and liberating. I want this for you.

We want to be seen. We want to be known. We crave feeling less alone. And there is nothing more fulfilling than when you know you’ve been able to really help someone.•

Sauder is CEO of Element Three, an Indianapolis-based marketing consultancy, and host of the podcast “Scared Confident.” She is also owner of Share Your Genius.