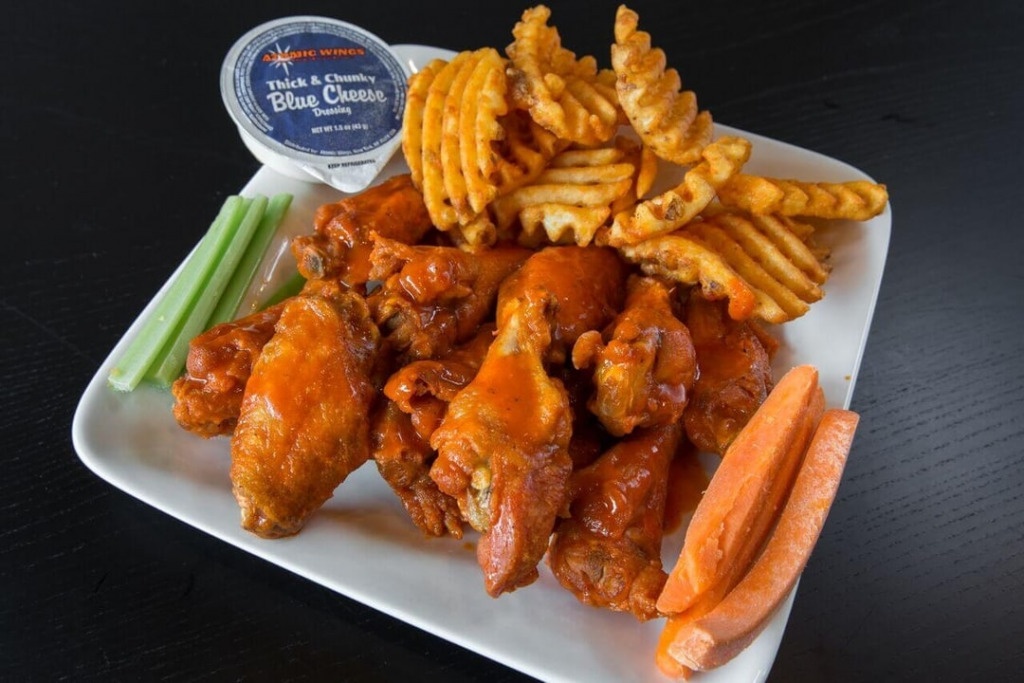 Atomic Wings, an East Coast-based, fast-casual chicken wing chain, plans to makes its Midwest debut in Indiana after signing a 10-unit development deal with an Indianapolis-based businessman who is well-acquainted with operating restaurant franchises.

Mike Harmon, who owns eight Firehouse Subs franchises in the state, including five in central Indiana, said he plans to open the first Atomic Wings next year at a still-to-be-determined location in the Indianapolis area, followed by as many as nine more franchises in the state over the next several years. Most of the restaurants are likely to be in central Indiana, he said.

Founded in 1989 in the back of a bar in New York City, Atomic Wings has been in growth mode since being sold in 2016 to brothers Zak and Ray Omar,  multi-unit Dunkin’ franchisees who are planning national expansion for the chain. Under Omar, Atomic Wings has grown from three brick-and-mortar stores and several co-branded units to a chain of about 15 locations primarily on the East Coast. Multi-unit development deals are in place in Texas, West Virginia, California, Nevada and Arizona, besides Indiana.

Harmon said he’s in the site-selection process around Indianapolis with hopes of opening his first Atomic Wings in the second or third quarter of 2023. He’s considering a standalone or end-cap space of about 2,000 square feet in a retail center because he wants the first unit to have a drive-thru and serve as a model for other potential franchisees. There is “a lot of competition,” for such sites, Harmon said.

Atomic Wings is a well-known brand in New York City, and its notoriety grew after the wings were featured on The Late Show with Stephen Colbert and after Jimmy Fallon and actress Priyanka Chopra had an Atomic wing-eating contest on The Tonight Show.

Harmon, who opened his first Firehouse Subs franchise in 2010 in Noblesville after spending nine years with McDonald’s Corp. as an operations consultant and four years in the U.S. Air Force, thinks Indiana could eventually be home to as many as 30 Atomic Wings franchisees.

He said he’s confident Atomic Wings can prosper in an increasingly crowded chicken field because of the quality of its wings and a special preparation process that allows it to serve freshly cooked wings much faster than its competitors.