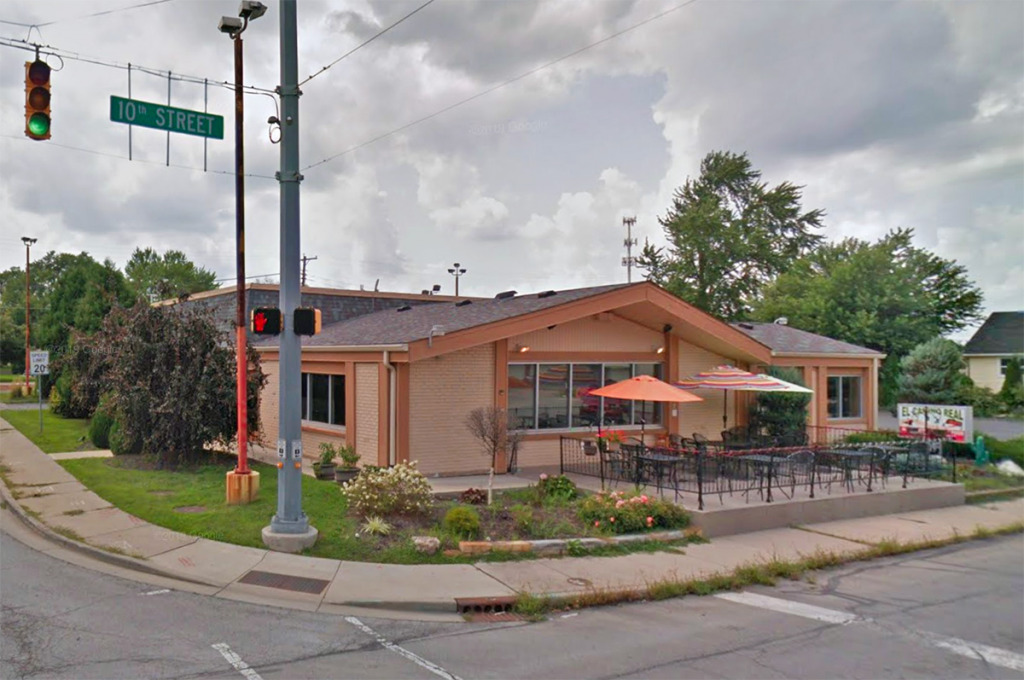 El Camino Real Restaurant at 797 S. 10th St., which has served Mexican cuisine to customers since 1998, is set to close July 31. (Image courtesy of Google)

El Camino Real Restaurant in Noblesville plans to go out of business at the end of the month ahead of the Reimagine Pleasant Street expansion project, the owners announced Monday in a social media post.

The city plans to construct a roundabout near the restaurant at the intersection of 10th and Pleasant streets as part of the construction project that will extend Pleasant Street across the White River and serve as an east-west connector to help motorists bypass downtown traffic.

“We take and keep with us many beautiful memories of all the families who always supported us and been part of our lives,” the restaurant’s Facebook post said. “We thank you for this almost 25 years.”

A GoFundMe fundraiser in support of the restaurant raised more than $2,500 before organizers wrote restaurant ownership asked that it be disabled until they have a chance to determine what they plan to do next.

The city of Noblesville in July 2021 announced it expected to spend at least $10 million to acquire 80 properties along Pleasant Street between River Road and 11th Street for the first phase of the $113 million road construction project.

Most of the targeted properties were residential, but El Camino Real Noblesville, Firehouse Pizza, Dairy Queen and the Pleasant View Baptist Church were among the businesses and churches that received eminent domain notices.

Thirty-three of the targeted acquisitions were for full parcels, while others lost smaller portions of their properties.

The Reimagine Pleasant Street project ran into controversy in 2019 and 2020 when a path would have required the demolition of some century-old homes.

After the establishment of the Plum Prairie Residential Historic District, Mayor Chris Jensen and state officials preferred a path that cut through a parking lot and greenspace on the headquarters of IDI Composites International at 407 S. 7th St.

IDI announced in March it plans to spend more than $24 million to build a new 121,000-square-foot manufacturing facility in the planned 75-acre Washington Business Park along State Road 37, north of 150th Street.

The city expects Pleasant Street construction to begin in 2023 or 2024.

The El Camino Real restaurant in Fishers, which shares ownership with the Noblesville eatery, has announced no closure plans.