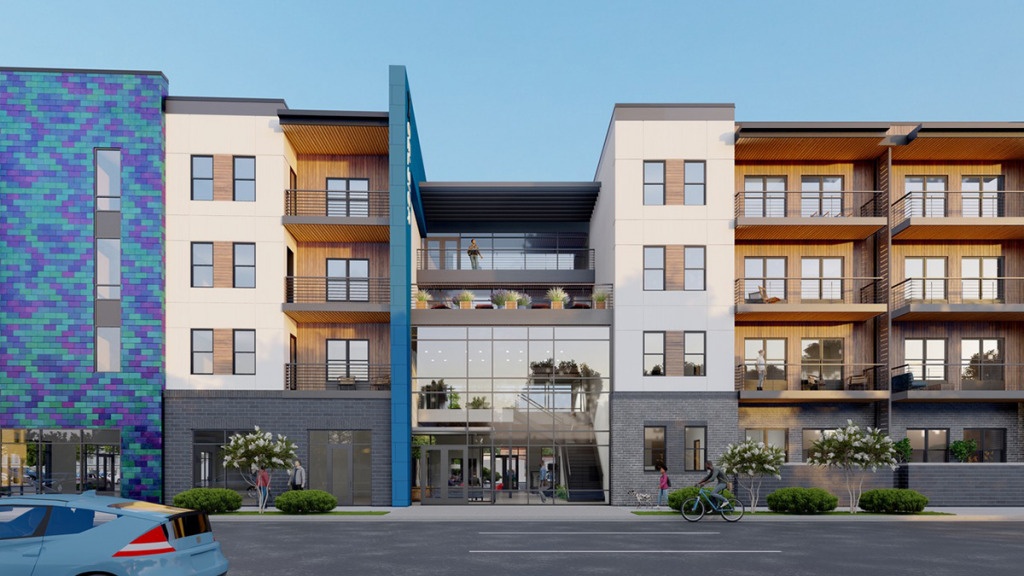 A local community development corporation is eyeing the southeast corner of Illinois and 22nd streets for a new 80-unit apartment project intended to increase housing affordability near the city’s core.

The Near North Development Corp. plans to spend about $15.5 million on the yet-unnamed project, which is wending its way through the city’s approval process. It would have units available to those making anywhere from 50% to 120% of the area’s median income.

The units—all of which will have one or two bedrooms—will also be rent-capped, limiting rent increases even if a tenant’s income significantly improves.

Near North President Michael Osborne said the measure allows for upward financial mobility for those living in the property.

“People are going to be economically empowered—we’re not going to kick them out because their life has gotten better,” he said. “You’ll have to be income-eligible to begin with, but that income can go up over time and a person is not going to be displaced [as a result]. We’re also going to commit to keeping the rent affordable at that first level.”

The L-shaped, four-story property will also feature nearly 5,000 square feet of amenity space, including community areas, meeting rooms, a coffee bar tenant and a fitness center. The project will have about 48 surface parking spaces.

It will also have 8,000 square feet of commercial space on the 22nd Street side, which will be split between IU Health’s Mosaic Center program—an endowed initiative focused on career building—and the Recovery Cafe, a program focused on tackling mental health and substance abuse disorders.

The tenants will each be able to lease their space for $1 per year, Osborne said.

The 1.2-acre site at 2179 N. Illinois St. is the same property that Near North contemplated developing two years ago through a partnership with another firm. However, that project—which would have featured 60 units and targeted lower incomes—didn’t receive the necessary tax credits to move forward.

This project is being funded with $1 million in commitments from the city of Indianapolis (using federally allocated dollars to support housing). a $1 million soft loan from the Indiana Housing and Community Development Authority, and a $1 million grant from IU Health.

Near North is also putting in about $1 million of its own money and will finance the rest through a traditional bank construction loan.

Osborne said he believes the project will make “a number of impacts” on the neighborhood, including creating a model for future development that would promote financial mobility without cutting out those needing affordable housing.

“There will be lots of development in this neighborhood and, over time, [they are] going try to maximize rents,” he said. “This will have the impact of creating long-term, affordable housing for the average workforce and lower income folks. It will also counter the national market trend of pushing rents up and displacing people.”

Near North plans to demolish existing structures on the property in November, with remediation of the site—a former dry cleaner—expected to last for several months. The land is already owned by the development firm. Construction on the project is expected to be finished by the first quarter of 2023.

The Indianapolis office of Dayton, Ohio-based firm Woolpert Inc. is the architect on the project.

6 thoughts on “Group tackling housing affordability on near-north side with $15.5M apartment project”