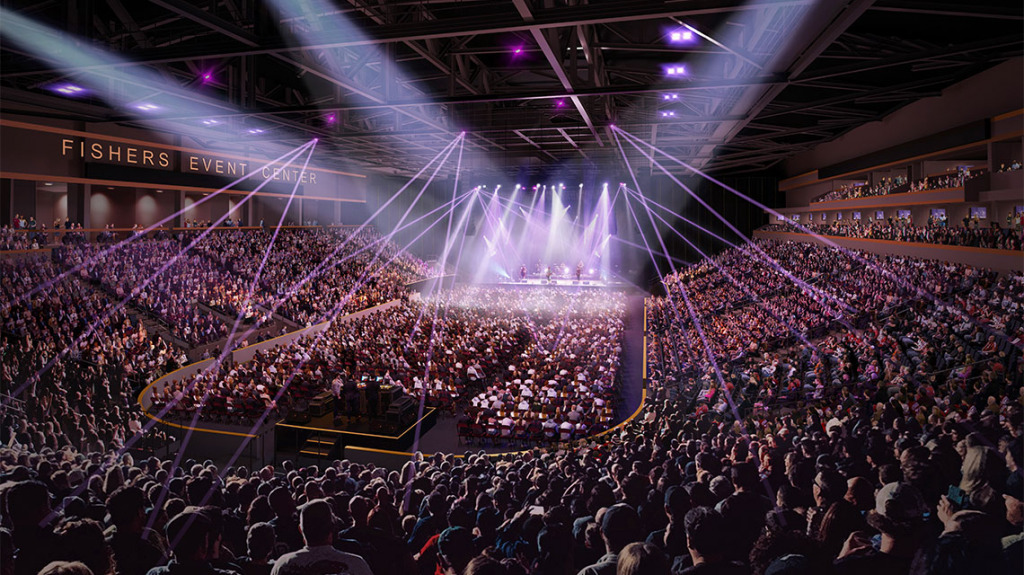 The Fishers City Council on Monday night approved a food and beverage tax to help fund a $170 million event center at Fishers District and a 2023 budget that includes a property tax decrease.

The council unanimously approved the new $144.5 million budget that Mayor Scott Fadness said will decrease property tax rates to 2020 levels. Residents will pay $0.7115 of each $100 in assessed valuation in 2023 compared to $0.7165 in 2022, according to the budget presentation.

The budget includes $110.6 million in operating dollars and capital investments—with $12 million to be spent on roads, bridges, roundabouts and other infrastructure—and $33.9 million in debt service payments. Fadness said last month that the higher debt service payments are due to the city’s $90 million purchase in 2021 of a part of Hamilton Southeastern Utilities.

The city plans to have about $57.6 million in cash reserves.

The council voted 8-1 in favor of the 1% food and beverage tax that would raise an estimated $3.2 million a year toward the construction of the Fishers Event Center. The tax will go into effect Dec. 1.

The new tax will bring Fishers in line with Hamilton County cities Carmel, Noblesville and Westfield, and Zionsville in Boone County.

The 8,500-seat event center is part of a larger $650 million expansion plan for Fishers District. The development is planned east of Interstate 69 between East 106th and East 116th streets and southeast of Ikea.

Construction on the arena is expected to begin in the spring of 2023 and be completed by December 2024, according to Ryan Menard, vice president of development for Indianapolis-based Thompson Thrift Development LLC.

The Fuel, an affiliate of the NHL’s Chicago Blackhawks, will begin play at the arena in the 2024-25 season. The arena will also host graduation ceremonies for Hamilton Southeastern and Fishers high school students, basketball games, concerts and theatrical performances.

The event center will hold 6,500 fans for Fuel and basketball games and about 8,000 to 8,500 people for concerts and other entertainment events.

Fishers will own the arena and issue 40-year bonds to pay for the facility.

The city will make annual debt payments of $9.7 million that will be paid from four different sources: the city’s cumulative capital development fund, the food and beverage tax, operational revenue and a payment in lieu of taxes, or PILOT, fund.

Thompson Thrift Development is the master developer of Fishers District. The expansion project is expected to also include new retail, restaurant, entertainment and residential options.

Thompson Thrift began construction on the original Fishers District in 2018, with the help of city incentives. It began master-planning the $110 million project, originally called The Yard at Fishers District, in 2015. More than 20 houses were acquired and torn down to make way for the development.

The 18-acre property south of 116th Street just east of Interstate 69 in Fishers was sold to JVM Realty Corp. last year for an undisclosed amount.