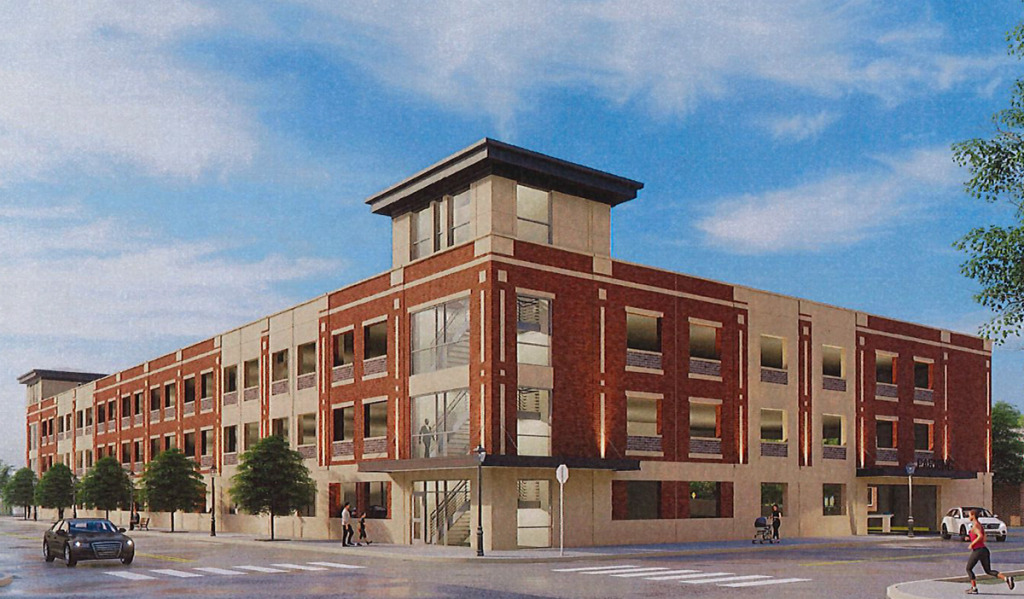 The garage would be developed on the site of a current Hamilton County employee parking lot at 225 N. 9th St.

Hamilton County’s proposed new employee parking garage in downtown Noblesville could cost $9.5 million or $11.5 million, depending on the appetite for more new spaces.

“We will probably need that extra floor in 5 to 7 years,” Heirbrandt told IBJ. “The question comes up, do you do it now, or do you wait? It’s a decision that’s going to have to be made between the commissioners and the county council if we want to fund an additional $2 million and add another floor while it’s under construction and they’re mobilized, or push it off and wait.”

Heirbrandt said the county has considered building a garage on the property for years, but the project is finally moving forward thanks to the sale of another county-owned parking lot.

The county sold the 3.4-acre lot to those developers for $4.5 million, an amount Heirbrandt said will go toward the construction costs of the proposed downtown garage from Fishers-based engineering firm RQAW Corp. and Terre Haute-based Garmong Construction Services.

“It’s still not determined how the rest will be paid for, whether we will use some cash proceeds or if we will look at bonding to do the rest,” Heirbrandt said, noting that it’s the county council’s decision to make.

He said the county might have an extra $5 million for the project after several existing bonds were recently refinanced to take advantage of the low interest rates seen during the pandemic.

Once opened, Heirbrandt said the public would be able to use the parking garage after county work hours and on the weekends.

Noblesville City Council President Darren Peterson called the project very attractive. He also said that the five-story version of the project would be the tallest building in the city, taller than the Levinson apartment project under construction at 9th and Maple streets.

“I’m OK with it, but I wanted to point out that it’s taller than our current ordinance (allows),” Peterson said.

Should the county and city decide to build the smaller garage, Heirbrandt warned there could be future costs and disruption to the county’s operations at the judicial center and historic courthouse just a couple of blocks to the south.

“If we have to add that other floor on, we’d have to evacuate all the people from that parking garage for probably six to nine months and transport them from another location to the government center and courthouse while that other floor is added on,” Heirbrandt said.

Construction on the proposed garage could start as soon as this May. Heirbrandt estimated it would be nine months to a year before it is completed.