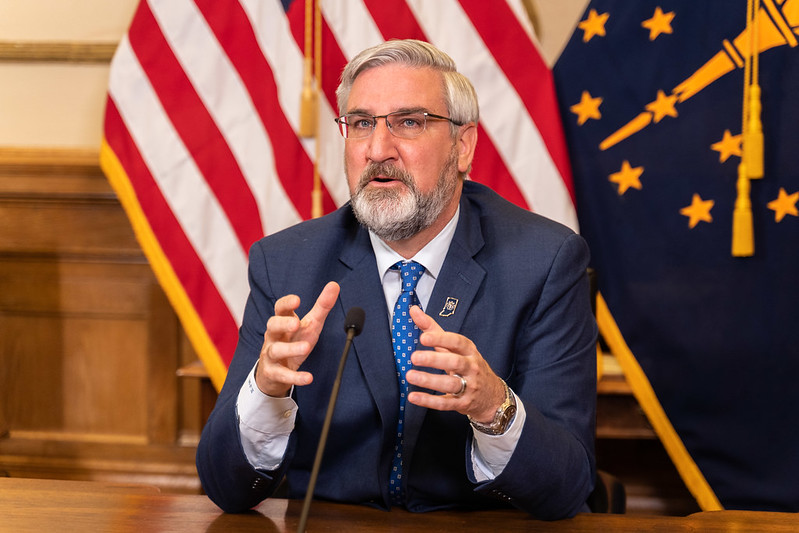 Indiana Gov. Eric Holcomb said he plans to seek more money for his regional grant program after applications from 17 regions across the state sought triple the $500 million allotted by the Legislature.

Holcomb said he will request a second round of funding for his Regional Economic Acceleration and Development Initiative, or READI, in 2023, when lawmakers craft the state’s next two-year budget. He did not specify how much money he would seek.

“I will lean into it. I hope it’s an easy sell,” Holcomb told IBJ. “It’s truly a force multiplier when the state of Indiana puts in the first round and makes it very enticing not to let that moment slip by.”

Holcomb announced the READI program nine months ago with the goal of boosting local investments in projects focused on retaining, developing and attracting workforce talent through strategies designed to boost innovation, entrepreneurship and improving quality of place and life.

Grant recipients are expected to be announced Dec. 14, but Holcomb said the READI program has already surpassed the state’s expectations with the amount of interest and proposed investments—so much so that he said the allotted $500 million in funding will fall far short of meeting every region’s vision.

Grant applications from 17 regions formed from all 92 counties seek a total of more than $1.5 billion, more than triple the program’s budget. The applications outline hundreds of projects in urban and rural communities, from mixed-use developments, local downtown renovations and workforce training programs to new parks, sports complexes and concert venues.

Holcomb said it will be his job to sell lawmakers on the idea for more funding, and he is somewhat optimistic with his chances given statewide interest in the program.

Part of his confidence, he said, comes from the popularity of the READI program and its predecessor, the smaller $126 million Regional Cities Initiative from 2015. That program awarded $42 million grants to three regions in north central, northeast and southeast Indiana.

That smaller-scale success is what Holcomb said persuaded lawmakers to provide $500 million for READI, which now is stretching statewide with proposed local and private investments reaching more than seven times what the state had initially predicted.

The Indiana Economic Development Corp. had projected that READI was expected to attract at least $2 billion of local public, private and philanthropic match funding.

The matching investments across all the regions who applied total more than $15 billion, Indiana Secretary of Commerce Brad Chambers said last week. The program requires each region to provide at least $4 in matching funds for every $1 awarded by the state

“[Lawmakers] are going to see it now in every one of their districts … and they’re going to see transformation occur in places like it has,” Holcomb said. “I don’t want to be overconfident, but what I will be able to say is, this is what we were able to do with [READI] and that will tee up a 2023 consideration.”

Chambers also indicated that he is on board with asking for more READI funding last week during his speech at IBJ’s 2021 Engage Indiana event. He said to “not be surprised if the governor leans in to READI Two.”

“When you see billions being invested in workforce development, housing projects, marketing for our communities, and all they have to offer, it’s flat out exciting,” Holcomb said.  “And the willingness to put skin in the game to kind of meet and raise our chips…this is a building of Indiana on a scale simultaneously statewide unlike we’ve ever seen before.”