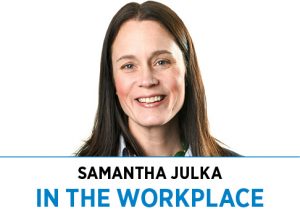 I moved to Indy in 2005 and attended my first Indianapolis 500 in May 2006. I think the start of that race was the loudest moment I have ever experienced in my life. It was so loud I could feel it inside my body. We had to wear ear protection, and by the end of the race, I still had a little ringing in my ears. But, boy, was I hooked. I became Indy’s newest month-of-May super fan.

The race is loud. I think we can all agree on that, especially if we’re comparing race day to the top floor of the Central Library. But thinking about the difference between those two places gets me thinking: What is loud? And why does it matter in physical space?

Loud is simply a description of volume, or intensity, of sound. At DORIS, we measure “loud” during our workplace research projects by using a sound meter to track the decibel level throughout the office. On almost every project we measure, we find outputs range from 40 to 60 decibels (spoiler alert—that’s not loud). If you’re not familiar with decibel readings, there is a significant compound difference between 40 and 60.

Many times, in a workplace, a main source of distracting decibels is talking. The human brain is not a good listener. In fact, it’s only capable of processing roughly 1-1/2 conversations at once before it begins trying to multitask. Once two conversations are audible, your brain will instinctively try to listen to both.

In conclusion, sound is a complicated science, and DORIS researchers are by no means sound scientists. But we can tell you the solution is probably not putting an idling IndyCar in the middle of your office.

Instead, maybe we need to rethink the need for complete and utter silence in the open office. Loud doesn’t always mean what we think it means, and it’s definitely not always the enemy. Perhaps a solution could lie in leveraging volume in the workplace. After all, loud is the new quiet.•