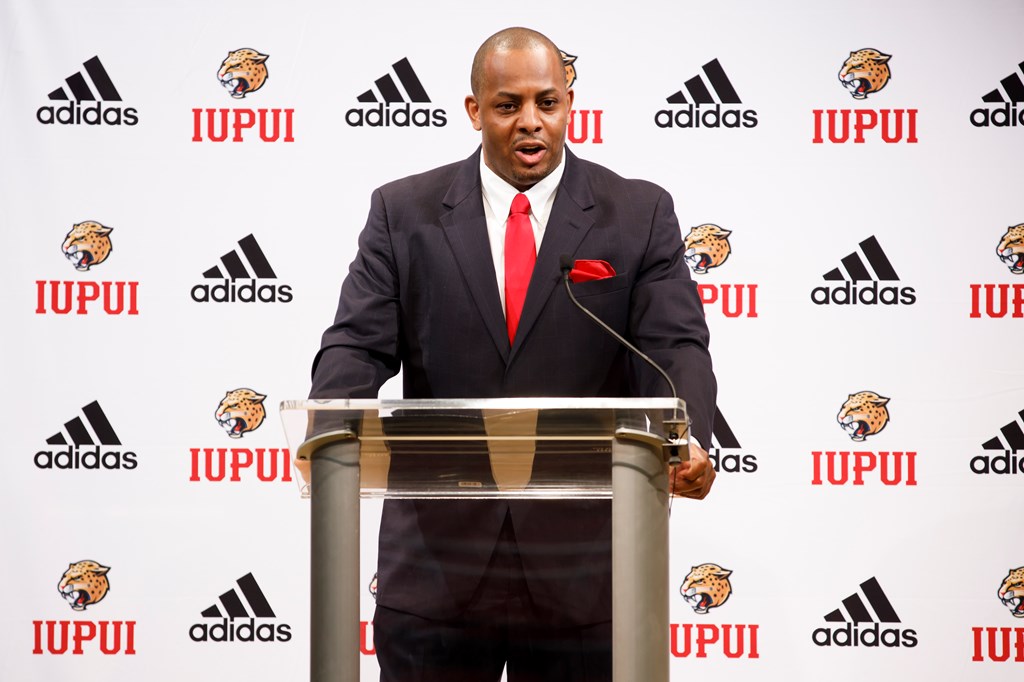 IUPUI hired former basketball star Matt Crenshaw as its head men’s basketball coach on Tuesday. He will be the 10th head coach in the program’s 50-year history.

The decision could bring stability back to the program after two seasons of uncertainty. Jason Gardner resigned as coach in August 2019 after he was charged with operating a vehicle while intoxicated.

The Jaguars promoted assistant Byron Rimm II to interim head coach, then kept him last season, without the interim title, in part because the COVID-19 pandemic prevented the school from conducting a full coaching search. Rimm went 15-35 over the past two seasons.

The Charlottesville, Virginia, native served six years in the U.S. Navy before becoming a standout guard for IUPUI. In 2003, his last-second jumper in the Mid-Continent Conference championship game sent the Jaguars to their first and only NCAA Men’s Basketball Tournament appearance.

Crenshaw finished his college playing career with 923 points, 510 assists and 157 steals. He is a member of the IUPUI athletic hall of fame and is one of three basketball players in school history who has had his number retired.

After graduating from IUPUI in 2004, Crenshaw spent two years playing professionally in the American Basketball Association and in Slovakia and Poland.

He returned to IUPUI and spent the next 12 years as an assistant coach, including seven seasons as associate head coach, before heading to Ball State.

“IUPUI has meant so much to me over the course of my time here as a student-athlete, a coach and alum,” Crenshaw said in a written statement. “We will strive to not only reach the same level of success as we’ve had in the past, but also make greater strides in the future.”