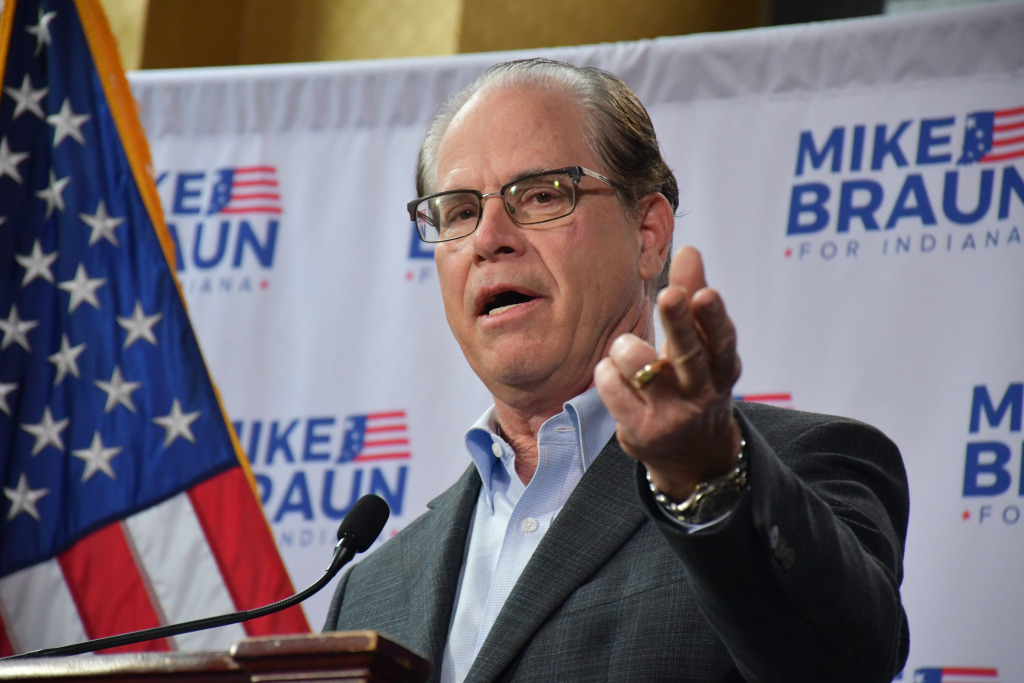 Surrounded by 70 of his friends, family members, donors and supporters, U.S. Sen. Mike Braun kicked off his 2024 gubernatorial bid on Monday at Prime 47 steakhouse in downtown Indianapolis.

Describing himself as “a Main Street businessman who became a politician,” the Jasper native, 68, said his decision not to seek a second term in the Senate is due to a belief that political leaders in Washington, D.C., “aren’t going to be the ones that solve our problems.”

“Indiana should be a national leader for freedom, opportunity and prosperity,” Braun told supporters. “I think Hoosiers are ready for bold leadership to do that.”

Braun said Indiana, which ranks seventh highest in the nation in hospital costs, according to one study, needs to find ways to lower health care costs for Hoosiers, boasting that his own company has been able to keep health care premiums flat for 15 years. He also said the state has failed to address its high infant and maternal mortality rates, which he called “shameful.”

He also advocated for higher pay for Indiana State Police troopers, more workforce development programs and fewer education dollars, noting that Indiana spends more than half of its budget, about $17 billion a year, on K-12 schools, and another 15 percent on postsecondary education.

“We’ve got to do better than that,” Braun said.

Braun filed paperwork on Nov. 30 with the Secretary of State’s Office to form a campaign finance committee to pay for the gubernatorial bid, ending months of speculation.

The founder of a successful national auto parts distribution business, his political career began after he was elected to the Indiana House of Representatives in 2014. He resigned from that seat in 2017 and ran a successful campaign for Senate, ousting incumbent Democrat Joe Donnelly in the 2018 election.

He had an estimated net worth of $136 million in 2018, according to opensecrets.org.

Braun did not take questions from reporters following his remarks on Monday.