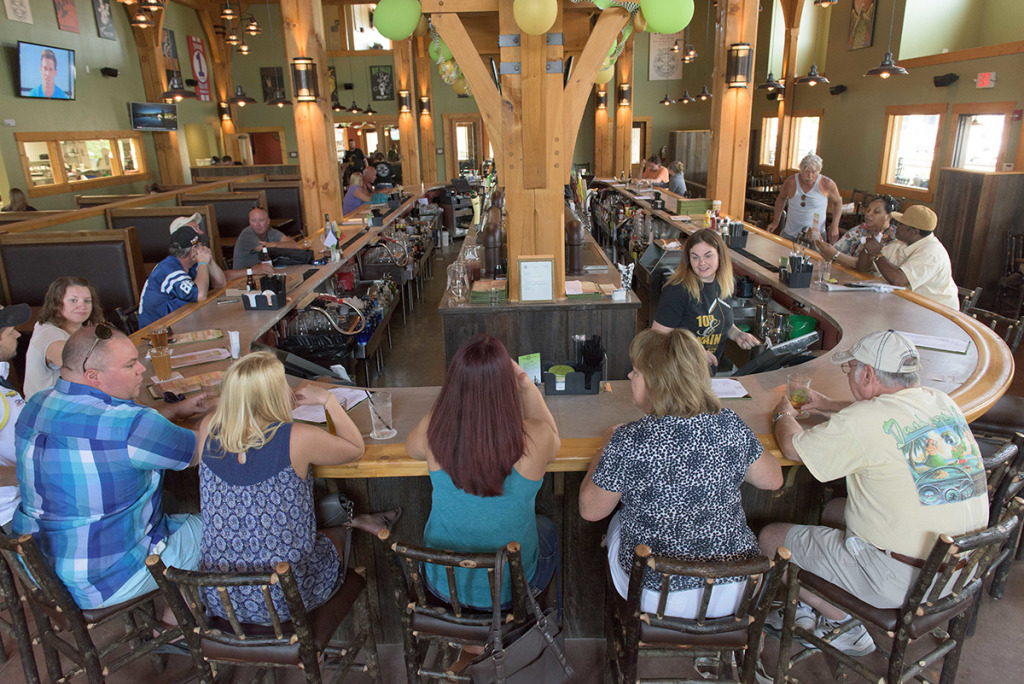 This 2016 photo shows the interior of the Big Woods restaurant in Speedway. (IBJ photo)

A Big Woods restaurant will be a new neighbor to the recently opened Shake Shack in the dining area of the Fashion Mall at Keystone.

Shoppers can expect the restaurant to open in spring 2022, the mall announced Thursday.

Meanwhile, Hard Truth Distilling Co., a sister company of Big Woods, will open a kiosk to sell whiskey, rum and vodka in the open space of the mall’s food court.

As many as 150 employees are expected to be hired for the two locations.

Hard Truth, founded in 2015, makes spirits, and another affiliated company, Quaff On!, specializes in craft beer.

Big Woods will join Shake Shack on the north side of the ground-level dining area of the Fashion Mall, 8702 Keystone Crossing.