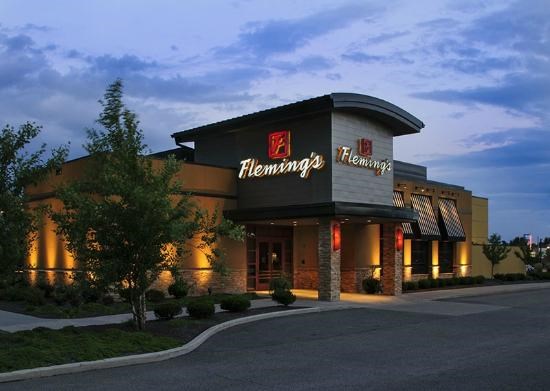 The owner of the upscale Fleming’s Prime Steakhouse & Wine Bar chain announced to customers on Friday that its restaurant in the Keystone at the Crossing area—its only location in Indiana—was shutting its doors permanently.

It’s the just latest restaurant closure amid the ban on on-premises dining established statewide in mid-March due to the coronavirus crisis. However, a message sent on Friday to customers of Fleming’s by owner Bloomin’ Brands Inc. made no mention of the pandemic.

“Closing a restaurant is never easy, and this decision was made based on the impending expiration of our lease and has no reflection on the associates or management team,” the message read.

However, Tampa, Florida-based Bloomin’ told state officials last month that it had drastically reduced the hours of 46 employees at Fleming’s as a result of the restrictions placed on restaurant operations due to the coronavirus. The location continued to offer carryout service.

In the April 27 notice to the Indiana Department of Workforce Development, Bloomin’ said it didn’t have plans to terminate any employees. However, it acknowledged that the reduction of hours could constitute a “layoff” by state law if the employees remained idled.

In the meantime, it had provided four weeks of relief pay to those employees whose hours had been significantly reduced.

“The company expects this change to be temporary and is hopeful that employees will be recalled to hours approximately equivalent to pre-pandemic hours,” the notice read.

The last day of service for the restaurant was Friday. The location at 8487 Union Chapel Road in the Fashion Mall Commons shopping center had been open for 14 years, according to the message from Bloomin’. It was four months from its 15th anniversary.

Earlier this year, Bloomin’ reported that there were 68 Fleming’s locations nationwide.

Bloomin’ Brands is one of the world’s largest casual dining companies, with approximately 93,000 employees and more than 1,450 restaurants worldwide. Its restaurant brands include Outback Steakhouse, Carrabba’s Italian Grill and Bonefish Grill.

In the notice to state officials on April 27, Bloomin’ said that it had 23 locations in Indiana, and that the hours of 1,448 Indiana employees had been affected due to the coronavirus crisis.

The restaurants in the Indianapolis area included:

A media representative for Bloomin’ Brands told IBJ on Saturday morning that some of the 46 Fleming’s employees from the Fashion Mall Commons restaurant would have the chance to transfer to a sister Bloomin’ restaurants.

Asked if the pandemic and related economic slowdown played any part in the decision to close the Fleming’s location, the spokeswoman reiterated: “With the lease expiration nearing, we decided to close.”

The earliest that restaurants in Marion County could reopen in May 18. Gov. Eric Holcomb announced Friday that he was loosening coronavirus-related restrictions with a five-phase plan that would allow restaurants to reopen on May 11, although at just 50% capacity. A more restrictive order from Indianapolis Mayor Joe Hogsett has extended the local closures to May 18.