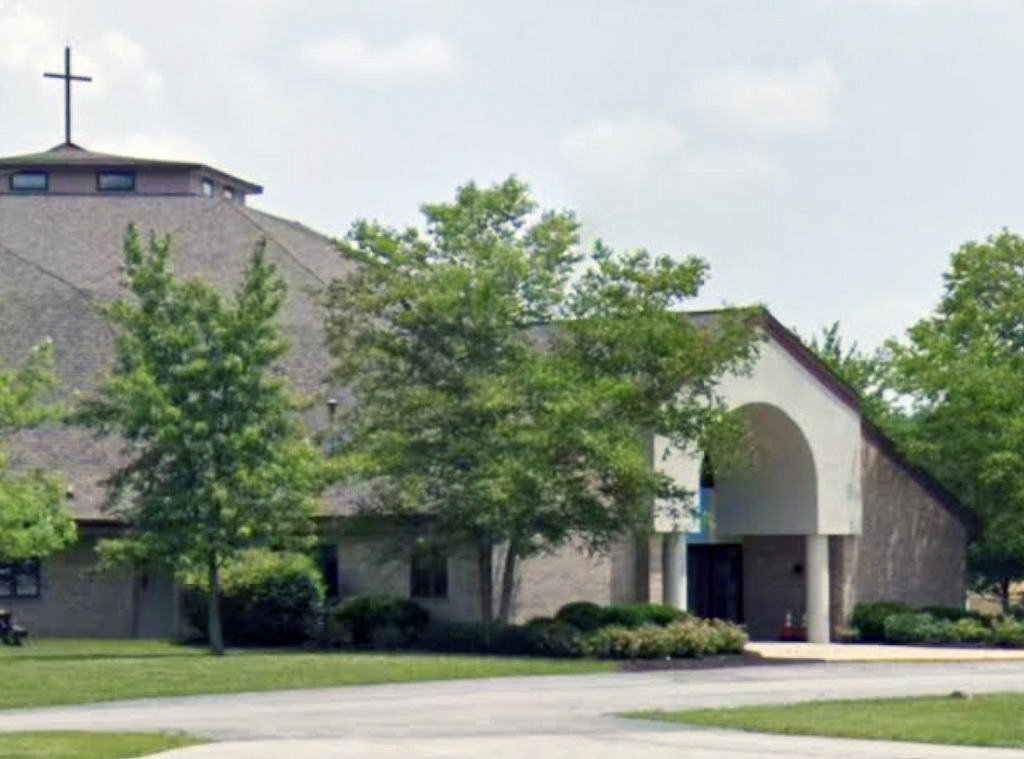 The former church at 7558 Oaklandon Road has an asking price of about $1.5 million. (Photo courtesy of Google)

McAfee’s enterprises are expected to move to 7551 Oaklandon Road—formerly a United Methodist Church—later this year, from their current home at 935 N. Meridian St.

Both Pat McAfee Inc., the parent company of the ex-NFL star’s online talk show, and the Pat McAfee Foundation, a not-for-profit that provides scholarships to military children, will be part of the move, which would put the church building back on the city’s tax rolls.

Phil Mains, chief financial officer for Pat McAfee Inc., said the building is under contract for an undisclosed price, through a deal with Moxie Management LLC, an umbrella corporation for McAfee’s businesses.

It’s not clear when the church went up for sale, but it came with an asking price of just under $1.5 million. The Indianapolis office of Cushman & Wakefield is the listed brokerage for the property.

The mostly-circular building is 16,910 square feet—almost 70% larger than the 10,000 square feet McAfee’s businesses occupy downtown. The structure was completed in 1990 and sits on nearly 12 acres at the northeast corner of Oaklandon Road and 75th Street, close to McAfee’s home in Lawrence.

On Jan. 19, the Lawrence Board of Zoning Appeals unanimously approved a variance request allowing for a C-1, commercial, use in a SU-1 district—a prerequisite for McAfee to move his operations there.

“I had no idea that the opportunity to move my foundation and day-to-day business to a place that is less than a mile down the road from me was ever going to be available, until I saw a for-sale sign on the church,” McAfee told board members.

Some nearby residents remonstrated against the project, expressing concerns it would increase crime in the area or create a neighborhood nuisance. McAfee said he was hoping to achieve the “exact opposite” and create something that could make the neighborhood proud.

The building would feature studio and office space and a dedicated area for the foundation, a volunteer-run outfit led by McAfee’s father, Tim McAfee. The property is also expected to include private basketball courts and a sports field for use by staff.

Plans for fencing the property are still being determined, but the sports facilities would only be used during business hours or for occasional fundraising functions for the foundation, McAfee told board members.

“In this business, there have been a lot of companies that have tried to get me to move to New York, Florida, Los Angeles, and I’ve always taken a lot of pride in the fact that with the internet, it doesn’t matter where you’re at, it’s just whether or not you can reach people,” McAfee said.

McAfee’s business has managed to reach people since he retired in 2016 in hopes of pursuing comedy. In May 2017, he joined Massachusetts-based Barstool Sports as part of the company’s effort to expand into the Midwest, opening in a building in downtown Indianapolis that was intended to serve as a hub for the satirical sports and men’s lifestyle company.

McAfee ended the partnership in August 2018, after he began feeling disrespected by individuals working on the business side of Barstool.

After that, McAfee opted to strike out on his own, and it’s been fairly successful, he told city officials. He hosts a three-hour show every weekday on YouTube and Sirius XM that typically draws hundreds of thousands of viewers and listeners.

Mains said the move to Lawrence creates an opportunity to hire additional staff members and grow the enterprise, but it’s more a sign that McAfee wants to stay in Indianapolis for the long-term.

“As we grow, we would hope to hire more people, but really the plan at the moment is just to continue doing what we’re doing,” he said. “This is more of a [confirmation] that we’re going to do it from Indy—this is where our people are settled.”

Mains said it’s not clear how much will be invested to renovate the church property, and plans have not been finalized as to when the enterprises will move from downtown. But he but said it could be as early as this summer.

Buckingham Cos., which owns the building where McAfee’s operations currently reside, declined to comment for this story.

An architect has not yet been hired for design work.

“I’m excited to move into the neighborhood with my entire life, as opposed to [only] my personal life,” McAfee said.