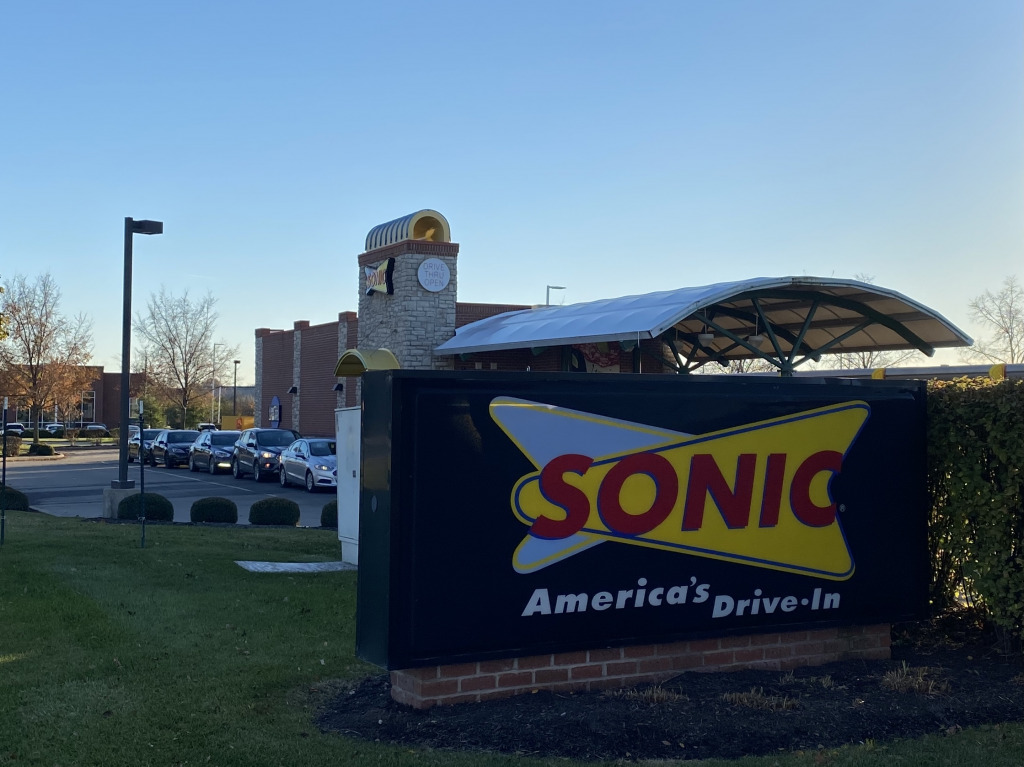 This Sonic Drive-In in Avon, 66 S. Raceway Road, is one of 13 restaurants operated by Drive-In of Evansville. (IBJ photo/Dave Lindquist)

A Sonic Drive-In scheduled to open this year in Westfield will be the restaurant chain’s first Hamilton County location since 2005.

The opening date for Sonic at 188 E. Spring Mill Pointe Drive, east of a Meijer store that opened in May, is difficult to predict because of equipment-related supply-chain delays, said Mike Rigdon, new business development supervisor for Drive-In of Evansville.

The Evansville-based franchisee, which operates 13 Sonic sites, plans to follow the Westfield restaurant with two additional suburban locations in 2023.

“With Grand Park (Sports Campus) and all the other development up there, we felt it would be a really good area for us,” Rigdon said.

The new 1,300-square-foot building will accommodate drive-thru and curbside drive-in service. The restaurant, which will be open from 7 a.m. to 11 p.m. most days, plans to hire 35 to 40 employees.

Sonic’s carhop service, a long-running custom at restaurants such as Speedway’s Mug-n-Bun and the Suds in Greenwood, is a nostalgic treat, Rigdon said.

“People like drive-ins, especially during the summer,” he said. “It’s a fun atmosphere.”

Hamilton County was home to a Sonic Drive-In, at 17863 Foundation Drive in Noblesville, until it closed in 2005 along with four Indianapolis locations, including a Castleton restaurant at 8145 Bash St.

In 2016, Sonic announced a goal of opening 10 locations in the Indianapolis metropolitan area. The Westfield restaurant will be the second to open since that announcement, joining a Plainfield location that opened in 2020.

More than 90% of Sonic’s more than 3,500 drive-ins in 46 states are owned by franchisees, the company said. Franchisees need to have $500,000 in liquid capital and more than $1 million in net worth to qualify to open one to two units. Opening a traditional Sonic takes a total investment ranging from $1.2 million to $3.5 million, excluding land costs, according to the company.